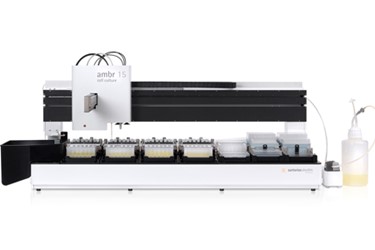 “As biotherapeutics become more complex and processes more intensified, scientists are facing bigger challenges in selecting and optimizing their clones, media and processes. We are delighted to launch the new generation of our ambr® 15 cell culture system in response to these needs, helping researchers to do more, yet visit their system less,” comments Alison Rees-Manley, ambr® 15 Product Manager at Sartorius Stedim Biotech. “We look forward to welcoming scientists to Booth 40 at ESACT in Copenhagen (May 5–8, 2019), where they can discover how having the new ambr® 15 Generation 2 in their lab could significantly improve their workflow, as well as extend their application and process capabilities,” she adds.