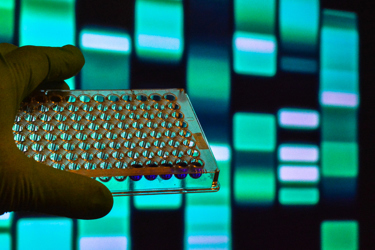 Academia has embraced the concept of using a patient’s DNA to look for spontaneous mutations and identify appropriate, or precision, treatments. In some areas, biopharma is following suit, dedicating significant and often disproportionate resources into genomic sequencing and DNA testing to address dozens, if not hundreds of indications from rare diseases to a host of cancers, cardiac, and prenatal conditions. Still, precision medicine has a long way to go before it gains ubiquity at the clinical level. The aforementioned surveys collectively suggest cost, a lack of available expertise, and a lack of tech infrastructure stand in the way of widespread adoption.

In Cincinnati, Burns C. Blaxall, PhD is working to change that paradigm. The Christ Hospital Health Network brought Dr. Blaxall on board as Director of Precision Medicine in 2019. As part of the health network's strategic plan, he is leading the efforts in collaboration with medical staff leaders to implement a robust precision medicine program and oversee its adoption and acceptance among some 1200 physicians serving in more than 100 facilities throughout the Greater Cincinnati area.

Dr. Blaxall was a sound choice. Since receiving his PhD in Pharmacology from the University of Colorado Health Sciences Center and postdoctoral fellowship training at Duke University Medical Center, he’s been a leading researcher, most recently on changes in gene expression in heart failure and, subsequently, the discovery of targeted therapies. That work caught the attention of the American Heart Association, which tapped Dr. Blaxall to help align the first world conference on personalized medicine and cardiovascular disease back in 2008. Since then, his precision medicine research has branched out to oncology, fibrosis, and beyond.

The Patient Need For Precision Medicine

At Christ Hospital Health Network—at least in the near-term—Dr. Blaxall will be tasked with implementing a concept that’s very new, but incredibly important. He sums up the patient-level problem that precision medicine seeks to solve neatly. “Let's say a patient sees five different specialists, and each one of those specialists prescribes a medication or two. Now that patient is taking ten medications,” he explains. “In many medical systems, there's no one tending the store to manage those prescriptions at the patient level, no one monitoring potential drug interactions, and no one analyzing treatments in the context of genetic variants in the patient population, which have a profound impact on treatment efficacy.” He points to a recent study of the Kentucky Retired Teacher’s Union’s 36,000 patients, where the average patient was found to be taking fifteen different medications.

Pharmacovigilance and pharmacogenomics are inherently connected to precision medicine. During our talk, Dr. Blaxall shared a slide displaying 91 commonly-prescribed drugs whose metabolism can be impacted by known genetic variants. Meanwhile, the FDA has accepted that there is “sufficient scientific evidence to suggest that subgroups of patients with certain genetic variants, or genetic variant-inferred phenotypes, are likely to have altered drug metabolism, and in certain cases, differential therapeutic effects, including differences in risks of adverse events.”

The anticoagulant clopidogrel, sold under the brand name Plavix, offers a classic example of a role for pharmacogenetic testing. “If you’re East Asian or Pacific Islander and you’re given Plavix to prevent coagulation after receiving a stent for coronary artery blockage, there is greater than 40 percent chance that drug won’t work for you because of a genetic mutation.” So, asks Dr. Blaxall, “why not do genetic testing where needed and prescribe a different drug?”

Beyond patient safety and efficacy concerns, Dr. Blaxall says the lack of precision medicine in practice represents a gargantuan financial drain on the medical system. Non-optimized medication burdens the hospital system with north of $500 billion in direct costs annually. That’s more than double the annual cost of care for any singular major disease.

“What if we could find a solution that looks at the drug-to-drug interactions and also allows us to do pharmacogenetic testing on our patients, so that we could give the right drug at the right dose at the right time and prevent these adverse drug/drug and drug/gene interactions?” asks Dr. Blaxall. That’s exactly what has been done during a 120-day study of pharmacovigilance and pharmacogenomics in practice in an ambulatory care setting with over 1,000 patients. “The authors discovered that the effort reduced emergency department visits and hospitalization by anywhere from 40 percent to 70 percent, saving an average of over $1,000 per patient in just 120 days” he says.  In a separate, smaller, in-home care study of highly complex patients for just 60 days, the study demonstrated cost savings averaging $4,000 among the most impacted patients, simply by applying pharmacogenomic intelligence and limiting drug-to-drug interactions.

Dr. Blaxall is quick to define the value of pharmacogenomics—and the technology that’s enabling its efficient application—not just at the clinical level, but in drug development. As a member of the team that had pioneered beta blocker treatment for heart failure at the University of Colorado Health Science Center, he recalls a particular drug called Bucindolol that didn’t do well in clinical trials. “It turns out that if you went back and sequenced the DNA from the patients in the trial, there was known mutation in a particular gene that prevented the drug from being efficacious. Removing those patients who were known non-responders revealed that the drug was exceptionally good,” he says.

That begs the question, why would biopharma—and the pharma industry in general—have interest in uncovering these pharmacogenomic specificities of efficacy that limit the potential market size of its candidates? Dr. Blaxall acknowledges the paradox. “It's taken a long time for pharma to really embrace precision medicine, because it limits the number of patients that can take a particular medication. But at the same time, developers of oncology therapies have really figured out that you can make a lot of money by charging more for a drug that will be more efficacious than others albeit in a smaller population.” That’s where technology—and more specifically, artificial intelligence—steps in. Christ Hospital is one of a growing number of provider networks participating in the sequencing of patients and their tumors. That data is fed into large global databases of sequence analyses, such as the NCBI’s (National Center For Biotechnology Information) ClinVar (Clinical Variance Database Worldwide). The application of artificial intelligence to that data is helping providers quickly identify genetic factors that may impact patient response to certain therapies.

Dr. Blaxall points a couple of common chemotherapy combinations as an example. “A broad database developed by a partner tumor testing company used artificial intelligence to analyze the DNA sequence of patients who had been treated with FOLFOX (folinic acid, fluorouracil, and oxaliplatin), and discovered a certain subset of those patients who didn’t respond well to that combination,” he says. “Using artificial intelligence, the algorithm and database were able to demonstrate that patients with a 23 gene signature do much better with the FOLFORI (folinic acid, fluorouracil, and irinotecan) combination.”

As the volume of data in resources like ClinVar grows, the intelligence revealed by machine learning only grows in value by revealing more—and more accurate—known mutations. The larger the patient pool of DNA and medical records grows over time, the more variants of unknown significance will be recategorized as significant, as algorithms discover trends among patients who have X and wind up with outcome Y based on a particular therapeutic treatment.

Before patients at The Christ Hospital Health Network can benefit from the provider’s precision medicine initiative on a meaningful scale, Dr. Blaxall has some significant change to manage among the healthcare network’s 1200 physicians. Primary care physicians, in particular, will require some particular effort to onboard. “In oncology, everyone accepts the fact at some level that there needs to be precision medicine because it is frequently a mutation targeted process. Chernobyl taught us that spontaneous DNA mutations can lead to cancer,” says Dr. Blaxall. “The behavioral health community is also buying into precision medicine, because there are known mutations that impact how antidepressants work.” Family/primary care physicians who don’t have the luxury of such specialization—and to whom dozens of pharmaceutical sales reps pay visits each week—might require a bit more education to move in the direction of precision medicine.

To shoulder some of that burden, Christ Hospital will be leveraging an AI-driven pharmacovigilance software application at the pharmacy level to monitor prescriptions for drug-drug and drug-gene interactions. At the same time, Dr. Blaxall has plans to pilot a patient-facing chat bot application to build the hospital’s pharmacogenetic data. Patients will answer questions that reveal potential genetic precursors to disease based on their family history. Those who demonstrate high risk will be referred to a genetic counselor and/or a high risk screening clinic. “When we demonstrate that we can reduce emergency department visits and hospitalization by 40 percent, or dramatically reduce prescriptions through pharmacogenomics, we’ll get primary care physicians on board,” says Dr. Blaxall. “Likewise, when we demonstrate costs savings of a thousand dollars or more per patient, we quickly win the buy-in of hospital administrators, employers and payors.”

Insurance And IT Shortfalls Slow Progress

Getting buy-in from payors isn’t so clear cut. There's currently no insurance or central medical service (Medicare, Medicaid) coverage for pharmacogenomics. “United Healthcare is a true pioneer in this space as they are the first insurer to cover any sort of pharmacogenomics.  They currently pay for a pharmacogenetic test after a patient’s first failure on antidepressants,” says Dr. Blaxall. “This is definitely a step in the right direction, and hopefully other insurers will follow and expand.  At the same time, how would you like to be insured only after your first transplant failure? With these particular indications, the first failure could possibly be the last failure.”

In some cases, insurance will pay for a very specific genetic test, such as that conducted to find a BRCA mutation for breast cancer, but it won't pay for the genetic counselor visit to interpret the test and guide the patient through its results. To change that paradigm, Dr. Blaxall is working with a coalition that’s pushing Congress for wider access to and coverage of genetic tests and interpretation of those tests by genetic counselors.

As Dr. Blaxall works through the implementation of precision medicine at Christ Hospital, he also recognizes that a large tech infrastructure hurdle remains. “I think it’s very important that we associate all of the pharmacovigilance and pharmacogenetic data we’re building with the patient's electronic medical record, and unfortunately, that's not a two minute button press,” he says. “It’s a lot of data, it’s a long, IT-driven process to get it integrated with the EMR system, and many hospitals have temporarily scaled back on their IT investments and personnel during the COVID-19 crisis.”

Dr. Blaxall will present his work leveraging AI in the implementation of precision medicine at The Christ Hospital Health Network during the Xavier AI Summit, August 24-31 (Main Summit) and September 2-3 (Workshops). Learn more about the summit and register for the virtual event here.