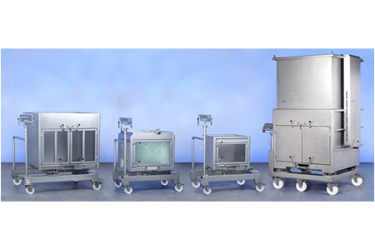 Mixing of miscible liquids of similar characteristics is a common requirement in bioprocessing. Pall and a customer joined forces to determine appropriate mixing conditions for selected mixing technologies. For such processes, the typical requirement is that the mixing impeller speed be high enough to reach homogeneity in a generally acceptable timeframe (≤ 5 minutes), while being low enough to avoid vortex formation (which can damage products sensitive to air-liquid interface interactions).

This application note describes liquid-liquid homogenization conditions which meet these requirements at various filling levels in the 50 L Allegro mixer, the 100 L LevMixer system, the 400 L LevMixer system and the 1500 L Magnetic Mixer.

In order to cover most typical biotech sensitive applications, the tests were conducted under stringent conditions in terms of density of the spiking solution and bulk. As the impellers are bottom mounted, addition from the top of a low-density liquid to a high-density bulk solution was considered to be a worst-case scenario. Glucose (24.3% w/w aqueous solution, density of 1.098 kg/L) was chosen as the bulk solution, and NH4Cl (10% w/w aqueous solution, density of 1.029 kg/L) was used as the spiking solution.