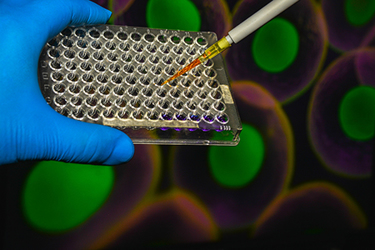 The high costs of and limits on global accessibility of biologics such as monoclonal antibodies (MAbs) are focusing the biopharmaceutical industry’s attention on strategies for rapid, economical development of such therapies. Process intensification is one approach to help shorten manufacturing timelines and reduce cost of goods (CoG) (1, 2). Today, process intensification in upstream cell culture enables biologics manufacturing in facilities with smaller footprints and lower scale-up volumes than was possible before. Intensified processing of Chinese hamster ovary (CHO) clones that produce MAbs is being developed in the seed train of upstream cell cultures (3) to support generation of high–cell-density (HCD) cell banks and processes to reduce plant size, capital investment, and overhead costs while increasing productivity.

In traditional practice, MAb manufacturing relies on seed ratios of ~1:5 (3) with an initial inoculum of 0.3 × 106 cells/mL (4) using a seed train of five to eight transfer steps. Standard seed trains typically begin with shake flasks in the postthaw expansion (N – 8 to N– 5) and then move through a rocking-motion (RM) 5–50-L bioreactor (N – 4 to N – 3) to seed a series of N – 2 to N – 1 stirred-tank (STR) bioreactors (200 L and 500 L) ending in a production culture (N) with a volume of 2,000 L. Adopting an intensified cell culture approach at N– 4 to N – 1 by, for example, using 2D RM bioreactors in perfusion mode (where cells stay in the exponential growth phase throughout the entire culture) could increase viable cell densities to 100 × 106 cells/mL and drive seed ratios of >1:100. That allows skipping of process-transfer steps. For example, HCD cell banks can be thawed directly and inoculated into RM bioreactors at higher volumes (0.5–2 L depending on the HCD cell-bank volume), thus bypassing cell-culture expansion in shake flasks and the potential errors and contamination issues associated with manual handling of flasks. Also, with perfusion in the N – 1 seed train, cells can reach higher densities for inoculating a pilot or production bioreactor directly without process transfer through multiple intermediate-scale STR bioreactors. That reduces both the number of steps and the total number of seed-train days, thus reducing initial investment and operational CoG. However, not all CHO clones that produce MAbs can be cultured in intensified processing because high cell densities can compromise protein expression levels and genetic stability (5).

Our goal was to explore the possibility of culturing a CHO clone that expresses a commercial MAb therapeutic in HCD for an intensified, scalable cell-culture seed-train protocol.