From Cells To Organs – The Organoid Stepping-Stone 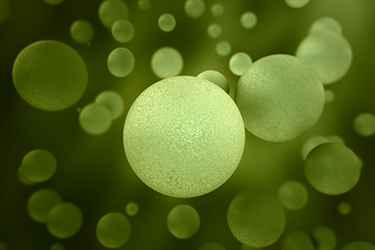 In recent years, biomedical research has pushed the limits of 2D cell culture to develop more advanced models for studying developmental biology and disease-modelling and also to identify more efficient tissue-replacement therapies. Of particular interest in these areas is tailored 3D cell culture approaches that give rise to organ-like structures known as “organoids”. In vitro organoid formation was first observed in epithelial cells that were embedded in extracellular matrix hydrogels. Anchored in the hydrogels, the cells self-organized into tissue structures composed of a heterogeneous cell population ¹-². Further analysis revealed that the tissue structures and cell types present resembled what was typically seen with in vivo organ structures (e.g., kidney epithelial cells formed tubules). Pluripotent stem cells (PSCs), with their unique ability to differentiate and specialize into all the cell types of the body (referred to as pluripotency), have been singled out as the most promising starting cell type source for building organoids.