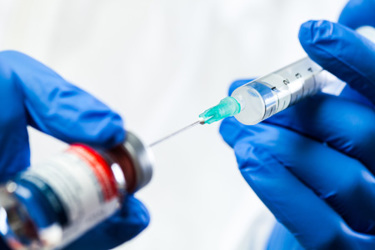 Market demand for influenza vaccine has been estimated to increase approximately 5% each year. However, the current predominant manufacturing technology for influenza vaccines has been in use since the 1940s, a nearly 100-year-old process reliant upon eggs and first discovered in the 1930s. The process yield from these egg-based vaccines can require up to two eggs per dose, thus placing an added burden on the raw material supply chain. Using embryonated hen eggs carries a multitude of other disadvantages such as allergens, adventitious viruses and viral compatibility. The individuality of embryonated egg cultures also induces variability resulting in hemagglutinin (HA) mutations, causing antigenic mutations and affecting the efficacy of vaccines.

The challenges facing egg-based vaccine production have driven the recent rise of alternative methods to generate vaccines via cell-based technology without the inherent risk of allergens or adventitious viruses. Furthermore, cell-based flu vaccines offer several advantages over the traditional method because cell lines are fully characterized and highly regulated with strict adherence to guidelines (1), and the raw aterials for production may be defined and can  be quickly produced (2). From cell-based cultures, three primary cell lines stand out as alternatives for influenza vaccines: African green monkey kidney-derived (Vero) cells, Insect cells (Sf9), and Madin-Darby canine kidney (MDCK) cells. Compared to other cell lines, the MDCK cells present several advantages for influenza vaccine production.

Learn more about the production benefits imposed using MDCK cells that have the potential to significantly reduce lead times for vaccine production and alleviate constraints on raw material supply in comparison to embryonated egg processes.