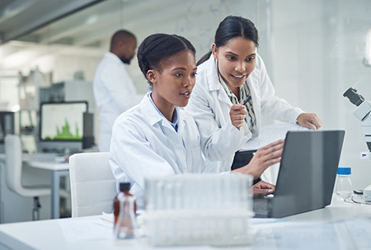 Post-translational modifications (PTMs) are important players in a diverse group of functions that include protein conformation and signaling. Lysine acylation, such as malonylation, is one such PTM, and is regulated in part by lysine deacylases, which are members of the sirtuin (SIRT) protein family.

In this work, that involves using EAD technology with tunable kinetic energy, the effects of kinetic energy ramping on the preservation of highly labile PTMs (malonylation, for example) was studied, focusing on one previously identified malonyllysine site from GADPH (K-192). Two orthogonal fragmentation modes were compared (EAD vs. CID), to investigate the utility of each for PTM site localization. In addition, samples were measured using MRMHR mode to investigate the use of EAD for quantitative PTM characterization of labile modifications. MS/MS data were acquired with the Zeno trap activated, which provides significant sensitivity increases and enhances the quality of EAD MS/MS spectra.