The Need — And Opportunity — To Develop Broad-Spectrum Antivirals 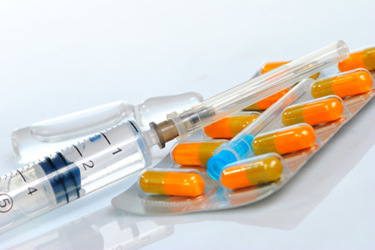 Broad-spectrum antibiotics have played an important role in the treatment of bacterial infections since their discovery 75 years ago. These agents are critical when a bacterial infection is suspected but the specific pathogen is unknown, especially for life-threatening infections where treatment cannot wait for the pathogen to be identified. However, medical science has yet to develop the equivalent for viruses: broad-spectrum antivirals that could treat the infection, irrespective of the causal virus.

One factor contributing to the lack of broad-spectrum antivirals is a lag in testing technology for viruses, especially respiratory viruses. Today’s routine tests for influenza and respiratory syncytial virus (RSV) were developed because these infections are known to result in the hospitalization of thousands of patients worldwide — and treatments for them are available. But until recently, tests for detecting a wide range of other viruses were unavailable or not routinely used, creating a kind of vicious cycle: Without testing, we didn’t know the range of severe illnesses that viruses cause, and not knowing, we didn’t think about testing for them — or developing new therapies to treat them.

While testing technology is improving, testing is still not widely done, and even when it is, treatments aren’t available for many viral pathogens. This is exactly what happened in the early days of the COVID-19 pandemic: We didn’t know much about the causal virus and there were no treatments for the infection. If broad-spectrum antivirals had been available three years ago, they would have altered the global response to SARS-CoV-2 and significantly lessened the pandemic’s impact on people and economies worldwide. That said, the COVID-19 pandemic has started to change how we think about viruses and, importantly, has underscored the need for broad-spectrum antivirals in at least two ways.

First, the pandemic has increased awareness that a wide range of respiratory viruses besides influenza and RSV — including coronaviruses, human metapneumovirus (HMPV), parainfluenza, and even common cold viruses (rhinoviruses) — can cause severe illnesses and hospitalizations more often than previously thought. This has spurred a new “virtuous cycle” of testing: The more we test, the more viruses we find responsible for severe illness and the more we recognize the need to develop new therapeutic strategies against them.

Second, the recent pandemics caused by novel viruses such as bird influenza A (H3N2, in 1968), swine flu (H1N1, in 2009), and the COVID-19 coronavirus (SARS-CoV-2, in 2019) have highlighted the need for broad-spectrum antivirals for pandemic preparedness. Like the SARS and MERS coronaviruses that emerged in 2002 and 2012, these pandemic viruses are of zoonotic origin: They have jumped from a non-human animal host, sometimes through an intermediate host. This means they pose a serious threat to human health, especially if the virus, like SARS CoV-2, is well adapted for human-to-human transmission, as the human host lacks specific immunity toward these newly emerged pathogens.

Interferons And Other Potential Broad-Spectrum Antivirals

Most antiviral therapies target a virus directly either by stopping the virus from binding to the cell surface protein(s) it uses to infect cells or by interfering with the process of viral replication inside cells. A key drawback is that viruses can mutate and develop resistance to these therapies over time, as we’ve seen occur with antiviral treatments for influenza and monoclonal antibody (mAb) treatments for COVID-19.

Alternative approaches that don’t have these limitations are called host-directed antivirals. One type of these antivirals targets host factors — human proteins — that the virus needs but are not essential for host cell functions; however, so far very few have entered into clinical trials. A second type of host-directed antiviral agents boost the patient’s own immune response to viral infections; these avoid the potential for viral resistance because they trigger the body’s natural defenses against any virus, regardless of its identity, mutation status, or drug resistance. Such host-directed antivirals therefore hold the greatest promise as broad-spectrum antivirals.

Interferons (IFNs) are a group of signaling proteins that are secreted by various cell types to coordinate the body’s natural antiviral responses. A group of them are secreted as a first line of defense against viruses as part of the innate immune response: these are the Type I interferons, which include multiple IFNα subtypes and IFNβ, and four Type III IFNλ subtypes. As its name suggests, innate immunity is an instinctive response to infection that is spontaneous and non-specific for the infecting pathogen.

IFNβ and the IFNα subtypes orchestrate antiviral responses by launching an immediate, intense response within infected cells, switching on pathways that prime uninfected cells to block viral replication, turning on adaptive immune responses that generate antibodies and/or T cells against the virus, and activating immunomodulatory pathways. Because Type I IFNs bind a receptor that is widely expressed throughout the body, they can protect many different cell types from viruses; however, IFNβ induces a more potent response than IFNα to most respiratory viruses. IFNλ works similarly, but its receptor is expressed primarily on epithelial cells, limiting its protective action to those cells.

Injectable formulations of IFNβ and IFNα are already FDA-approved to treat relapsing-remitting multiple sclerosis (MS) and infections with human papillomavirus (HPV), hepatitis B virus (HBV), and hepatitis C virus (HCV). Because of its potency against respiratory viruses and effects across multiple cell types, Synairgen believes IFNβ has greater potential as a therapeutic agent than IFNα or IFNλ, and we have SNG001, an inhaled formulation of IFNβ, in clinical development as a broad-spectrum, host-directed — and specifically, lung-directed — agent to treat viral respiratory infections.

The rationale for our SNG001 program is based on the research of Synairgen’s founders at the University of Southampton. They discovered that lung cells obtained from patients with asthma or chronic obstructive pulmonary disease (COPD) who were at risk of hospitalization with viral respiratory infections did not make enough IFNβ to mount a normal antiviral response when challenged with a respiratory virus in vitro. SNG001 is being investigated as a possible treatment for respiratory viral infections in such patients and in other patients with compromised respiratory function, whose innate immunity is weakened due to age, genetics, and/or infection by viruses that suppress IFNβ production, such as SARS-CoV-2.

Other broad-spectrum antivirals in earlier stages of development aim to promote IFNβ secretion by targeting pattern recognition receptors (PRRs), such as toll-like receptors (TLRs), that detect viral RNA and viral proteins and trigger innate immune responses. However, one challenge in targeting PRRs is the balance required to induce a therapeutic antiviral response without inducing excessive inflammation that can damage tissues. In relation to this, in September a team of Harvard University researchers reported the discovery of self-assembling short immunostimulatory duplex RNAs that triggered the production of Type I and Type III IFNs.1 These RNAs inhibited the ability of multiple respiratory viruses to infect human cells in vitro, without activating pathways that lead to excessive inflammation.

Gathering Data About Viruses Is The First Step Toward Change

The COVID-19 pandemic has put viruses high up on the agenda of industry and the medical community, and that gives me cause for optimism. There is still a relative paucity of data about viruses, the illnesses they cause, and in which patient populations they occur, but progress is being made. Government agencies, including the Centers for Disease Control and Prevention (CDC) in the US2, Canada’s Centre for Immunization and Respiratory Infectious Diseases (CIRID)3 and the UK Health Security Agency,4 are now conducting routine testing to identify which respiratory viruses are circulating. Additionally, the European Centre for Disease Prevention and Control (ECDC) and the World Health Organization (WHO) have jointly issued guidance5,6 for European nations on respiratory virus surveillance and monitoring.

Industry is doing its part, too. For example, Synairgen is collaborating with Johnson & Johnson on the UNIVERSAL trial,7 an observational study being led by the Clinical Trials Unit of the University of Southampton in COPD patients hospitalized with respiratory viral infection to identify the viruses responsible.

In the winter months, broad-spectrum antiviral treatments would help reduce the substantial pressures on healthcare systems due to circulating respiratory viruses, especially for vulnerable groups, including the elderly and patients with lung diseases who often require hospitalization. A similar strategy may also aid patients who are immunocompromised and have an increased risk of viral infection. During a viral pandemic, broad-spectrum antiviral treatments that boost host immunity would offer a first line of defense against the new virus, providing respite while vaccines and other virus-targeted therapies are developed and manufactured. These treatments could save lives as well as reducing the need for lockdowns, thus helping to minimize the negative impact of the pandemic on the global economy.

Ultimately, the future rests on the clinical need, and once that is recognized, it will drive the development of new therapies. As we gather more data in the coming years, I believe we will see the rapid development of more vaccines against new viruses, more antiviral medications for specific viral infections, and, importantly, broad-spectrum antivirals capable of treating many different respiratory viruses.

Phillip Monk, Ph.D., joined the respiratory company Synairgen in October 2006 as head of bioscience development to develop an inhaled formulation of interferon-beta targeting severe viral lung infections. He was appointed to the Board as chief scientific officer in September 2009. Previously, he was director of the respiratory and inflammation biology group at Cambridge Antibody Technology and was discovery/early development project manager for tralokinumab, an anti-IL-13 therapeutic antibody, now an approved treatment for moderate-to-severe atopic dermatitis. Prior to that, he worked at Bayer AG within the respiratory disease therapeutic area, focusing on the development of novel therapies for asthma, COPD, and cystic fibrosis.