The Coming Wave Of Radio(bio)pharmaceuticals 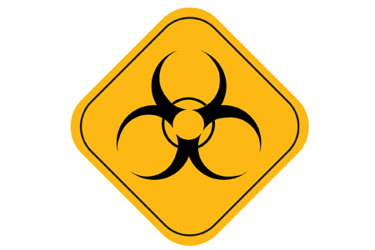 One of the things I appreciate most about so-called physician scientists-turned-biopharma CEOs is their modality agnostic, problem-solving nature. It’s an anecdotal observation, but in my experience, they’re most likely to build multimodal pipelines. They’re most likely to pursue patient-specific precision medicine. And they’re most likely to conjugate combination therapies that squeeze the best attributes from their individual parts to increase the likelihood of patient efficacy.

Such is the case of one Philip Kantoff, M.D., CEO, CMO, and co-founder at Convergent Therapeutics.

A Brown University Medical School-trained M.D., Dr. Kantoff ran the genitourinary oncology program and solid tumor oncology division at the Dana Farber Cancer Institute for decades. He was the chairman of medicine at Memorial Sloan Kettering Cancer Center for nearly six years. He’s been a Harvard Medical School Professor Emeritus since 2015. With a focus on genitourinary cancers and, more specifically, prostate cancer, he’s been instrumental in the therapeutic care of thousands of patients he’s treated, and influential to the treatment of hundreds of thousands more.

A year ago, Dr. Kantoff co-founded Convergent Therapeutics. The company’s moniker is fitting of its therapeutic approach. Convergent is a clinical-stage company exploring a unique combination of biologics including radioantibodies and radioligands for the treatment of prostate cancer, with a vision to expand beyond the urinary tract.

Convergent’s chief operating officer is Alex Brown, a humble man who, when asked for his backstory, offers the decidedly understated reply, “I’ve been in the oncology drug development industry for the past 25 years.” Indeed, he has. He was head of New Product Planning, Global Oncology at Sanofi, held several senior development and marketing positions with Merck KGaA-Pfizer and directed many product programs at EMD Serono. Collectively, he played a  hand in the commercialization and market successes of BAVENCIO (avelumab), ICLUSIG (ponatinib), ALUNBRIG (brigatinib), and JEVTANA (cabazitaxel) during those years.

I had the pleasure of speaking with Dr. Kantoff and Brown recently to learn about the work Convergent is doing in bio-radiopharmaceuticals.

A Multifaceted Approach To Prostate Cancer

Prostate cancer is the most common cancer in men and causes about 35,000 deaths each year in the U.S. and 10x that number globally. It’s the second most common cause of cancer death in men. While the past decade has brought advances in the field of prostate cancer treatment, standards of care for advanced prostate cancer are life-prolonging, but not curative.

One such standard of care is radiation therapy, which focuses an intense radiation beam, originating from a linear accelerator outside of the body, on the cancer tumor to kill cancer cells, shrink tumors, and provide palliative care. Radiopharmaceuticals, on the other hand, deliver radiation intravenously and systemically throughout the body via radioisotopes. Dr. Kantoff says to date, approved radiopharmaceuticals have seen limited commercial success. But he says recent advances are inciting renewed excitement in the space. “Linker technology, which links the radioisotopes to small molecules or antibodies, has gotten much better, as have the available radioisotopes themselves,” he says.

Convergent is specifically interested in a radioisotope called Actinium-225, a powerful alpha emitter that doesn’t travel as far as beta emitters do and which features a 10-day half-life, making it suitable for targeted radiotherapy in indications like prostate cancer.

This Spring, a radioligand for prostate cancer from Novartis was FDA-approved. Pluvicto (Lu-PSMA-617) is a small peptide attracted to the surface of prostate cancer cells, where the prostate-specific membrane antigen (PSMA) is expressed more abundantly in prostate cancer cells than normal cells. It’s linked the beta emitter Lutetium-177. “At Convergent, we’re working on a slightly different strategy—an antibody, which is a bigger molecule with greater specificity and avidity—attached to the alpha emitter Actinium 225,” says Dr. Kantoff.

Like Pluvicto, Convergent’s candidate, CONV01-a, is directed at PSMA. Dr. Kantoff says it’s demonstrated positive activity in a single-dose escalation study in men with advanced prostate cancer, including men that have already been treated with Pluvicto. “Because it's an antibody, or because it’s an alpha particle, or both, it's more active,” he says. “Our initial strategy is to develop the antibody Actinium across the clinical spectrum of prostate cancer, where it's extremely well tolerated, has a wide therapeutic window, and demonstrates minimal toxicity, and to ultimately get approval for the antibody/Actinium molecule in different indications in prostate cancer.”

Development Burgeon On The Horizon

Convergent far from the only emerging biopharma company working on radio(bio)pharmaceuticals. As Brown puts it, “a lot of people are skating to the puck,” for reasons previously ascertained regarding improvements to linker technologies and radioisotopes. Materials supply is also a bright spot. While much of the industry struggles with supply chain shortages, Dr. Kantoff anticipates the availability of radioisotopes like Actinium 225 will soon open up. “I think we’ll see a readily available supply in the next 12-to-24 months,” he says. “Actinium 225 is currently supplied by the Department of Energy, but demand is contributing to an expanding market of suppliers.” To that end, under Brown’s orchestration, Convergent signed agreements with two such suppliers, IONETIX and NorthStar Medical Radioisotopes, for its supply this spring.

Manufacturability, according to Brown, is a major advantage for early movers in Convergent’s space. “There’s definitely less complexity involved in radioantibody development and manufacturing than you might see in ADC development,” he says. Some of the more complicated ADCs that I’ve worked on required multiple manufacturing facilities and lengthy processes to ultimately end up with a purified product. It’s incredibly intensive at times to make these products.”

In contrast, radioisotope/antibody combinations don’t require the invention of a new mousetrap. “We're not trying to improve on the biologic part of this equation. In our case, the PSMA antibody has been well validated in multiple clinical trials as best-in-class,” says Brown.

The 10-day ‘shelf life’ of the other half of the combination, the radioisotope, offers another clinical complexity advantage. While that requires the raw materials-to-administration continuum to be carefully managed in ‘just in time’ fashion, Brown says the radio imaging market in the U.S. is mature. “The space is very familiar with shipping radioactive imaging material to conduct hundreds of thousands of MRIs and CT and PET scans every day, and the half-life of those reagents can be measured in a day, or even hours,” he says, pointing to a precedented infrastructure that’s up to the task.

“Cardinal Health, perhaps the largest specialty oncology distributor in the U.S. market, has stepped right in to develop end-to-end solutions leveraging their experience delivering these types of drugs and reagents,” says Brown. “It's just a matter of plugging into that well-worn path.”

Why Radiopharmaceuticals Hold So Much Promise

The efficacy of standards of care in oncology presents its own real-world evidence. Some patients experience remission as a result of chemotherapy, radiation, and targeted and immunotherapeutic treatments. Others don’t. Many die in the process. But it’s well-accepted that when properly dosed and directed, radiation will kill cancer every time. For more than 30 years, researchers have been working to solve the ‘right isotope’ problem. Dr. Kantoff and Brown think it’s on the near horizon. “I think we’re going to have an approved product in just a few years,” says Dr. Kantoff.  “I spent my whole career looking at clinical data and either saying, ‘there's nothing really here,’ or ‘this is good.’ Most of the time it was ‘nothing's really here.’ But this is really good.”

Pressed on what “really good” looks like, Dr. Kantoff confidently cites escalation study data that demonstrates 45% patient response after one dose, and 70% to 90% response after multiple doses. “I believe that if we do the right experiments in the right patient populations, we’ll make a huge difference initially for prostate cancer patients and then those suffering a broader range of cancers.”

In prostate cancer, the goal at Convergent is to change the treatment paradigm from focusing on advanced disease to identifying patients with microscopic metastatic cancer, which Dr. Kantoff says alpha emitters are particularly effective at treating. Further indications are yet to be disclosed, but the conversation is an active one.

In the meantime, Dr. Kantoff reverts back to physician mode when I casually mention that my grandfather had prostate cancer. The ensuing consultation includes some assurance that most prostate cancers occur in men without a family history of it, “but should it come to that,” he says, “Convergent will be ready for you.”