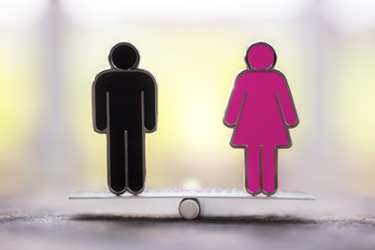 During my entire professional life as a safety pharmacologist, I have stumbled across the question whether both male and female animals should be used in my studies. This has created a conflict in my professional ethics between the desires to ensure patients’ safety and to reduce the number of experimental animals.

Historically, the sex/gender question caused ups and downs, including exclusion of women of childbearing potential from Phase 1 and 2 trials by the FDA in 1977 as a result of the thalidomide (Contergan) and diethylstilbestrol scares. Revision of this guidance followed in 1993, since analyses showed that women were under-represented in clinical studies1 and, consequently, eight out of 10 prescription drugs were removed from the market from 1997 to 2000 due to a greater health risk in females.2  Overall, a literature review revealed that preclinical research has used predominantly males (80%). For drugs developed for diseases prevalent in women, 44% of the analyzed publications on preclinical research models did not report the sex of the animals used; out of those that did specify sex, 88% studied males only.3,4 Consequently, sex bias in preclinical studies was declared responsible for poor translation of animal findings to humans.5 Although regulatory toxicity studies mandatorily use both sexes (for compensation?) before first in man studies, for safety pharmacology studies investigating short-term side effects on physiological functions, the scientist is obliged to “consider” sex in the study design. However, sex bias is not the only burden of animal models.

Sex Differences In Anxiety And Depression

Women are about twice as likely affected by anxiety disorders and major depression than men.6 Depression correlates to different phases of the female reproductive cycle (e.g., premenstrual dysphoric disorder, postpartum depressive conditions), indicating a trigger related to hormonal fluctuations (sex-specific).  However, for women and men, psychosocial factors such as parental care or role-stress (gender-specific) play a relevant role. Several authors characterize depression as an evolutionary adaptation to human social organization not reflected in rat and mouse populations, although rodents have been predominantly used for testing.7 The need for other models in “innovative” animal species like gerbil or marmoset, based on their social organization in the wild,8 is under discussion.  Anxiety, however, is highly conserved in all mammal species, and the selection of its animal models as an example might be therefore more reliable.

The unconditioned anxiety model of an elevated plus maze consists of open and closed arms and uses the animal’s aversion to open spaces as an indicator for anxiety. It revealed that female mice and rats had lower anxiety levels than did males,9,10 with lower levels during proestrous11,12 (one phase of the estrous cycle of four to five days), which translated into increased exploration of open arms.  Aged female rodents were, however, more anxious 13,14 than reproductively competent rodents, pointing out the dependence of the results on estrous cycle and age.  In the open field test, where the setup consists of an arena circumvented by closed walls, anxiety-related behavior of female mice, which was reflected in center avoidance, did not differ from that of males.15,16  Since both tests are locomotor activity-driven, the generally higher activity of females may obscure the discrimination of anxiety from arousal states,17 illustrating the model dependence of test results in research.

On the contrary, in the social interaction test, which is less dependent on locomotor activity and measures the time animals interact with others (as interaction is reduced in anxiety states), female rats were more anxious, in agreement with the human predisposition.18 In female mice, the same19 or inconclusive results were reported.16 Female Long Evans rats were less anxious,20 female Sprague-Dawley rats were more anxious during proestrus,21 or no difference was noted9 compared to females in other stages of the estrus cycle or males, raising the question of a strain dependence on experimental results.  One should not forget that chronic stress decreased (anxiolytic) in young male rats and increased in female rats (anxiogenic) center entry latencies in the open field22  with the opposite behavior in aged rats.23 Finally, environmental factors should be considered, e.g., the effect of food restriction that disrupts the estrous cycle strain dependently24 in rats or of dietary changes associated with gut microbial composition,25 which in turn interferes with anxiety-like behavior.26

This inhomogeneity of assay results reflects, admittedly, research in one of the most complex fields but illustrates brilliantly the professional life of a scientist in academia or pharmaceutical industry. A model is never perfect and deserves awareness of its advantages and limitations.  Despite the need for standardization of equipment and study designs in your own and among all labs as one tool against result heterogeneity, old models need to be optimized and new models continuously developed and comparably published. That's easier said than done for scientists working in an environment regulated by quality systems like GLP.

If one test is not predictive enough, like the examples given for anxiety research, ideally, a number of different tests with a variety of different outcomes are performed. Translated to pharmaceutical industry work, this means using synergies among various disciplines, some of which use both sexes in their experiments.  I think it is currently no solution to enforce the use of both sexes as a standard for all regulatory animal studies. Considering all factors affecting research results, I doubt that we will ever achieve complete translatability from animals to humans. Our success in developing new drugs thrives on the ability of scientists to carefully value these differences in diseases and patient populations. This consequently allows us to develop new drugs through initiation of a concert of preclinical research and safety studies specifically tailored to the new drug’s properties and sensibly identifying where sex-specific considerations are needed.

Anke Rosch is a board-certified pharmacologist and toxicologist working at Boehringer Ingelheim Pharma GmbH & Co. KG. A doctor of veterinary medicine, she has more than 20 years of experience in the pharmaceutical industry and has special expertise in safety pharmacology. Anke can be reached at ankerosch.PharmacolTox@t-online.de.