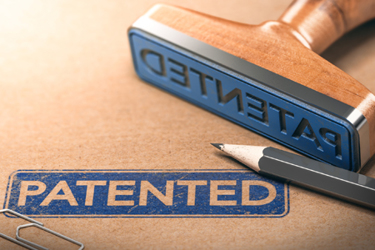 Ongoing research has revealed the potential therapeutic uses of many compounds classified by the Drug Enforcement Administration as Schedule I controlled substances, such as tetrahydrocannabinol (THC), 3,4-Methylenedioxymethamphetamine (MDMA), and psilocybin. While these drugs remain illegal under federal law, several states and local municipalities have passed laws decriminalizing their use. Rep. Jerry Nadler recently introduced a House bill that would lift federal prohibitions on marijuana, and that bill cleared the House and is now under the Senate’s consideration.1 As more research is conducted on these substances, the companies involved likely want to consider obtaining patent protection for any novel therapeutic uses or treatments they discover. This article will discuss the potential value of patenting treatments involving Schedule I drugs, examine how the United States Patent and Trademark Office (USPTO) is handling applications involving these substances, and consider examples of patents allowed.

The Benefits Of Patent Protection

Developing new medical treatments is expensive. Companies often invest substantial resources in discovering and developing novel treatments and obtaining approval from the FDA. Obtaining patents can play an important role in protecting that investment. The holder of a patent may prevent potential competitors from infringing the invention claimed, which may convey market exclusivity for up to 20 years from the date the patent application is filed (and sometimes longer if there are patent office or regulatory delays). Seeking patent protection can also play an important role in defending against the potential threat of a patent lawsuit. Proactively applying for patent rights, even where there is no intention to assert them, prevents someone else from seeking to claim the same invention. A robust patent portfolio can also be important to potential investors.

Although the use of Schedule I substances is generally illegal federally (outside of research), the USPTO has granted numerous patents related to Schedule I drugs. To receive a patent, an invention must be new, useful, non-obvious, and directed to patent eligible subject matter. Patents may be directed to specific methods of treatment or methods of preparing a substance for use in a treatment. There is no requirement that the claimed subject matter be legal or for legal use. Accordingly, the USPTO will grant patent protection to applications related to Schedule I drugs, so long as they meet the legal requirements for patentability. Below are examples of how treatments involving three Schedule I drugs have been patented.

Mounting evidence demonstrates that cannabis and specific cannabinoids can have therapeutic uses, even though cannabis continues to be listed as a Schedule I drug. In addition to the newly introduced legislation in the U.S. Senate, the 2018 Farm Bill federally legalized hemp-derived cannabinoids containing less than 0.3% delta-9 THC. An increase in the number of cannabis-centric patent applications filed and granted followed. For example, CBD-related patent filings showed a 60% increase in filings from 2018 to 2019. And although delta-9 THC remains federally illegal, there are over 130,000 U.S. patent application filings that disclose using THC.

The USPTO has issued patents related to cannabis inventions in many areas. Some patents have issued on methods of treating various conditions using cannabis derived products. For example, U.S. Patent No. 11,260,043 describes and claims a method of treating cancer using a combination of CBD and THC. And U.S. Patent No. 11,154,516 describes a method of treating epileptic-related seizures using CBD. Patents have also issued on novel methods of purifying delta-9 THC (U.S. Patent No. 9,744,151) or methods of converting CBD to THC (U.S. Patent No. 11,098,024). Besides seeking protection for THC, applicants filing cannabis-centric patents should consider including federally legal cannabinoids in their disclosure, such as hemp-derived CBD, CBN, or CBG. Including such cannabinoids will increase the scope of patent protection and could reduce the risk of a court refusing to enforce a patent directed at federally illegal substances.

Psilocybin, colloquially known as “magic mushroom,” has been found effective in psilocybin-assisted psychotherapy, effectively treating depression, anxiety in cancer patients, and treatment resistant depression.2 While psilocybin is a Schedule I drug, select cities across the United States have decriminalized the substance. In November 2020, Oregon became the first state to both decriminalize psilocybin and legalize it for therapeutic use after Ballot Measure 109 passed.3 As more cities and states decriminalize the substance, the opportunities for therapeutic uses may increase, and the potential benefits of patenting therapeutic uses will continue to rise.

One of the more closely watched psilocybin patents was the ’259 patent discussed above, along with U.S. Patent No. 10,947,257. These patents cover COMPASS Pathways PLC’s large-scale production of psilocybin for use in medicine.4 This pair of patents survived a challenge at the USPTO’s Patent Trial and Appeal Board (PTAB) where the challenger, Freedom to Operate, claimed the patented crystalline psilocybin was not a new, otherwise known as “novel,” invention. The PTAB declined to review the patent validity challenge and COMPASS’ patents, and so the patents remain valid for now. While novelty is just one hurdle psilocybin patents face as litigations against these granted patents proceed, COMPASS’ success at the PTAB is a positive first look into how courts may handle these patents.5

MDMA, commonly called “ecstasy” or “molly,” has shown promise in the treatment of certain disorders associated with attachment insecurities such as PTSD, depression, anxiety disorders, obsessive-compulsive disorder, suicidality, substance use disorders, and eating disorders.6 Colorado became the first state to legalize MDMA for medical use on June 8, 2022, with a caveat — the FDA must approve a prescription medicine containing MDMA and the medicine must have been placed on a schedule, other than Schedule I, of the federal Controlled Substances Act or be exempted from provisions of the act.7 In 2017, the FDA granted MDMA Breakthrough Therapy designation, which was intended to “expedite the development and review of drugs that are intended to treat a serious condition and preliminary clinical evidence indicates that the drug may demonstrate substantial improvement over available therapy on a clinically significant endpoint(s).”8 Thus, while MDMA has not been approved for medicinal purposes, medicinal MDMA could be a possibility.

There are almost 10,000 U.S. patent filings disclosing the use of MDMA in a variety of applications. For example, U.S. Patent No. 11,364,221 describes and claims a method of using MDMA to enhance the positive therapeutic effects of LSD, psilocybin, or other psychedelics. This patent also claims certain compositions that include both MDMA and a psychedelic in the same dosage form. Another example is U.S. Patent No 10,183,001, which describes a drug substance where the pharmaceutically active compound may be MDMA for use as opioid and attention-deficit/hyperactivity disorder medication with abuse deterrent and anti-dose dumping safety features. Based on MDMA’s therapeutic potential and success in clinical trials, patent filings for MDMA related treatments could increase in the coming years.

Even after patents are issued, they may be later challenged or invalidated. Although the USPTO has issued numerous patents related to cannabis, psilocybin, and MDMA, given the relatively early stage of development and approval of treatments using these substances, the strength and survivability of the issued patents are largely unknown. Once a patent has been asserted, potential infringers are incentivized to try and invalidate the patent, either through district court proceedings or at the USPTO. But litigation can be expensive and there is little incentive to litigate absent an infringement allegation. As treatments develop and the markets for Schedule I drugs grow, patent litigation may become more likely, testing the validity of these patents. Because poor patent drafting can expose a patent to such validity challenges, working with a patent attorney can help ensure the broadest possible patent coverage while minimizing potential validity challenges post-issuance.

Additionally, some have questioned whether federal courts will adjudicate cases involving patents that cover products whose use is federally prohibited. Under the illegality doctrine, courts sometimes decline to enforce contracts or patent rights that are related to illegal activity. Patent rights do not confer an affirmative right to practice an invention. That the infringing conduct is federally illegal may not render the patent claims unenforceable. But due to the low number of patent infringement cases involving Schedule I drugs to date, courts have not yet had many opportunities to address whether the illegality doctrine should apply under these circumstances.

Despite the lack of certainty, there is value in pursuing patents on treatments involving Schedule I substances. In addition to the recent push to remove compounds with therapeutic benefits from the Schedule I list, the FDA has approved drugs for treatment even when they are on the list. For example, in 2018 prior to the passage of the 2018 farm bill, the FDA approved Epidiolex, GW Pharmaceuticals’ treatment that uses CBD to treat epilepsy. Employing a thoughtful and proactive patent strategy — even for patents concerning treatments that involve illegal substances — can help ensure an innovative company is adequately protected when its novel treatments ultimately break through.

Jordan Gringauz is an associate in Finnegan’s Washington, D.C., office and practices in all areas of patent law, including litigation, client counseling, and prosecution. His technical background is in immunology, but he has prosecution experience in a wide range of technologies, including cannabis.

Emma Ng is an associate in Finnegan’s Washington, D.C., office and practices complex patent litigation and client counseling, with a specific focus on biotechnical and pharmaceutical innovations. She has experience litigating in both federal district court matters and confidential arbitration proceedings.

Jeffrey Smyth is a partner in Finnegan’s Palo Alto office and practices intellectual property litigation and patent prosecution in a wide variety of areas, with a particular focus on cases involving pharmaceutical and life sciences technologies. He applies a thorough and creative approach to disputes in U.S. district courts, appeals at the U.S. Federal Circuit of Appeals, and arbitration proceedings.

Editor’s Note: Some psychedelic drug developers, such as Delix Therapeutics and Mindset Pharma, are focused on creating new products based on traditional psychedelic substances like psilocybin, LSD or DMT, but modified to both improve outcomes and secure patents. Check out Life Science Leader’s recent panel on psychedelic business models (video).