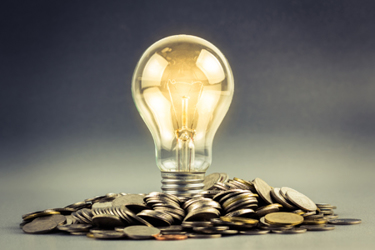 Once a drug target has been identified, pharmaceutical companies often take steps to outsource the process of getting this target commercialized and begin to work with a contract development and manufacturing organization (CDMO). It is extremely important when outsourcing projects to a CDMO that contractual agreements clearly spell out ownership of discoveries and data uncovered during the outsourced development process.

From an intellectual property perspective, an overarching theme common throughout the use of these organizations is the importance of capturing and protecting all points of novelty associated with a drug's chemistry, manufacturing, and controls (CMC). Frequently, during the CMC development period, novel compositions, processes, and conditions may be discovered that may be used to strategically extend the product's life cycle.

It is imperative that companies that outsource to a CDMO have procedures in place to recognize and protect intellectual property that arises during development and, in particular, development activities that occur during the CMC process. A prime example of CMC being used to extend market exclusivity came with the over-the-counter product Prilosec OTC.

Prilosec OTC is a proton pump inhibitor used to treat heartburn, stomach ulcers, and gastroesophageal reflux disease (GERD). AstraZeneca released Prilosec in 1989, but due to the lengthy drug approval processes, the patent expired in 2001.1 Prilosec proved to be highly profitable for AstraZeneca, generating roughly $26 billion in revenue.2 However, as the patent approached expiration, AstraZeneca saw an impending decline in revenue as one of its top-earning drugs was set to face generic competition. While companies are afforded patent term extensions to offset time devoted to the approval and development process, these extensions do not fully restore time lost to development. Therefore, patentable discoveries late in the development cycle are advantageous to maximizing the product life cycle. As the CMC development period occurs later in the development cycle, findings identified during this time period offer opportunities to extend the term of market exclusivity for a drug manufacturer significantly past that of the originally filed patents for the target drug.

As the 2001 patent expiration date approached, AstraZeneca utilized its knowledge of Prilosec’s chemical structure to maintain its hold on the market. Prilosec is a racemic drug,4 meaning it contains a mixture of multiple enantiomers, two different molecules that are mirror images of one another.3 The active ingredient in Prilosec is omeprazole, which has a nearly identical enantiomer, esomeprazole.3 AstraZeneca isolated esomeprazole and found it to have significant additional clinical benefit and therefore decided to patent it and formulate a new proton pump inhibitor. Esomeprazole became the active ingredient of a new drug, Nexium.1 Nexium offered similar benefits to Prilosec but with improvements in acid reflux control, quicker relief of symptoms, and a new term of patent protection for the company's proton pump inhibitors. Nexium went on to generate over $3 billion in revenue yearly for AstraZeneca.1

Had AstraZeneca outsourced to a CDMO and not protected the discovery made, this situation could have ended much differently. Without discovery and ownership of the intellectual property that led to the creation of Nexium, the end of the Prilosec patent could have meant the end of AstraZeneca's profitable run in the proton pump inhibitor market. Outsourcing companies must be aware and sensitive to discoveries within the CMC process. If they do not clearly spell out ownership within the contractual agreements with CDMOs, this oversight may eliminate opportunities to extend a drug's market exclusivity and, in turn, dramatically shorten the product's life cycle.

Developing a racemic drug is one of many ways to extend patent protection through CMC development activities. Pharmaceutical companies have employed numerous other strategies to boost the life cycles of their products.

Discoveries commonly made by a CDMO during the CMC process include optimal production methods and conditions and controls for the manufactured drug. It is essential that pharmaceutical companies harvest patentable subject matter from these potentially novel methods of manufacture and controls contained within a quality control system. Patented conditions and production methods may extend a company's term of exclusivity by protecting how a drug is manufactured. Variables such as temperature, pressure, yield, and numerous other production conditions may be protected if they improve manufacturing parameters or the drug target's clinical benefit. Upon expiration of the primary patent of a drug (e.g., composition), several more valuable years of protection may be had by possessing a patented manufacturing process and/or quality control step that may be innovative and, therefore, patentable.

Polymorphs of a patented drug often come to light during the various stages of drug development and manufacturing. When working with a CDMO, it is important that these discoveries do not go unnoticed by the outsourcing organization and that the outsourcing agreement clearly spells out ownership in favor of the pharmaceutical company. However, noticing and protecting polymorphs can be difficult. The outsourcing organization must be adept at both identifying and documenting a polymorph in a way that allows for its strategic use later on.

A crucial step for pharmaceutical companies working with CDMOs is verifying that all polymorphs of a patented drug have been protected. A polymorph of a drug molecule will have the same chemical composition as the molecule but a different internal structure.4 Drugs typically receive regulatory approval for only a single polymorph. For example, GlaxoSmithKline patented the polymorph type II of the active ingredient in Zantac while that of the polymorph type I had already expired.5 Polymorphism in drugs can also have direct medical implications since dissolution rates depend on the polymorph. Polymorphic purity of drug samples can be checked during quality control in the manufacturing process by using techniques such as powder X-ray diffraction and IR/Raman spectroscopy and by using the differences in their optical properties in some cases. These quality control steps identified during CMC development can provide potential valuable patentable subject matter. Thus, as a company may patent a specific molecule for its use as a medication, it may do the same for its polymorph. As such, if a pharmaceutical company were to patent a molecule from which it created a drug, the patenting of a polymorph, as shown in the above examples, provides a strategy for extending its patent position on chemical variations of what is essentially the same drug. As patent positions of biosimilars become increasingly more common and litigated, companies must remember that the FDA will continue to apply stricter approval criteria for complex chemical drugs and that the chemical or biological complexity of the compound determines the criteria for review and approval. Attention to CMC development is vital to both drugs and biologics. Ensuring that your CDMO documents and identifies differences within internal structures of a given molecule during quality control steps can provide potential valuable patentable subject matter that can significantly lengthen the product life cycle.

Pharmaceutical companies that utilize the expertise and experience of CDMOs and are diligent about documenting discoveries that may occur during the CMC development period may be able to extend their patent exclusivity for their product or prevent similar biologics from entering the market. Whether it is a more efficient production process, a quality control step that ensures clinical efficacy, a polymorph, specific ratios or mixtures of a mixture of multiple enantiomers, biological complexity of molecules, or clinical data on a variety of regulatory approval parameters, pharmaceutical companies that are sensitive to the patentable subject matter in the later stage of discovery will benefit by the potential to extend a patent or regulatory position. However, it is imperative that throughout this process, pharmaceutical companies are diligent in protecting all discovered patentable subject matter and ownership is clearly set forth in outsourcing agreements. From optimal manufacturing conditions and processes to patentable quality control steps, pharmaceutical companies have the potential to see a significant increase in a patent or regulatory exclusivity period and, in turn, an increase in the product life cycle.

John Serio is a partner in the intellectual property team of law firm Withers. He focuses his practice on intellectual property related to biotechnology, pharmaceuticals, medical devices, chemistry, healthcare, and analytic scientific equipment. His practice involves the drafting and prosecution of patents, right to use and patentability opinions, patent litigation, licensing of technology, and trademark issues. Serio has expertise in prosecuting patents domestically and worldwide. He has prosecuted a number of patents that have been successfully enforced and/or licensed. He has extensive experience in FDA regulatory issues.