4 Learnings From A Career Of Drug Discovery 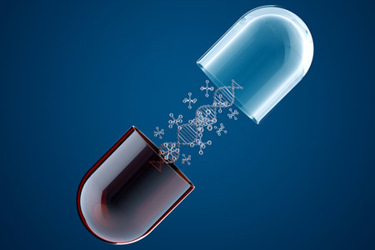 Drug discovery is a challenging, high-risk, high-reward endeavor with the lofty goal of creating a product that helps people. Most of us go through our careers with many failures. I’ve personally seen and hit plenty of potholes on the drug discovery journey. That is just the nature of this enterprise.

But after being engaged in drug discovery for over 20 years, I have also found that some key tenets emerge that can help increase one’s chances for success. Part of what we do as drug discovery scientists is imparting what we know and learn to try to make things better for the field as a whole. I have certainly benefitted from the wisdom of many who have guided me and my work. So, my aim is to share my experiences and learnings in the hope of helping someone else avoid a pothole or push them a bit toward being successful in this difficult effort that we undertake. In this first of three articles, I’d like to focus on some overall drug discovery concepts, while in future installments sharing some views about generating data, our lifeblood, and about drug discovery teams.

No matter how elegant your approach to a drug or your method of designing it may be, the biology of the disease, tissue, or targeted cells rules all.

It is easy to get caught up in the work you are doing – science is fun after all, and we get to think of ideas and test them out and learn things no one else knows yet. But it is also easy for a scientist to be too immersed in a goal they want to get to that they miss the overall system. They want to use a particular pathway to accomplish one or more ends. Or they have a protein that works in a desired way in one assay but differently in others – which they may overlook if it doesn’t fit their idea of what they want it to be. The fact of the matter is, however, that the baseline biology already exists, and you cannot change that to accomplish a particular result with your drug without a clear understanding of the reality of that biology. You are trying to interact with a system that already works in a certain way.

You have to be a servant of the biology that you are seeking to manipulate, including all the parts of it that you don’t yet have knowledge about, and be prepared for surprises in where it leads you. The drawings in the latest review article aren’t facts; they are someone’s summary of what we think so far. Reality will set you up for things you aren’t expecting. If you miss that, you will lose your way. The things you don’t expect can be the richest sources of new knowledge!

2. The Only Way To Be Right Is To Be Willing To Be Wrong

We need to be humble enough to believe the data before us and brave enough to do the right experiments – even the experiments that might tell you what you don’t want to know. In fact, those are the ones to do first, as it’s better to know early that you are wrong and move on, rather than continuing to be wrong. This applies both at the small scale of the single experiment and at the large scale of a project or even a field of study or premise for a company.

This poker advice also holds for drug discovery.  It’s hard to give up on a project, but sometimes the answer really is that it won’t work – at least not yet. When the data says to kill a project, it is a successful project if it is killed. This is especially true if it is killed early, before too much time and too many resources have been spent trying to reach an outcome that will never be met. If you don’t let go of some projects, there is no room or resources for new ones. On the flip side, flitting from one project to another is also counterproductive. So much of science is iterative. You have to amass a knowledge base around a project over time, learning what you need to do to achieve success and building up the necessary tools.

How do you know when to stop and when to keep going? It’s difficult to know for sure, but as long as you keep asking yourself that question, you have a much better chance of getting it right!

4. The End Goal Of Drug Discovery Is A Drug

The ultimate objective of drug discovery and development is a new drug that makes people’s lives better.

Drug discovery overall is a huge and diverse topic. Much of it is the direct bench science of making and testing compounds that may have useful biological activity. It is also the work leading up to that step – understanding a biological system and how a particular pathology might affect it, as well as determining the ways in which one can query that system to learn about potential drug targets and assays to tell what they do. Much of drug discovery is also technology – making new tools and inventing new ways of doing things. And it is the work performed to understand how to test it in the clinic and how to know if it is safe enough to try.  But in the end, all these efforts serve the ultimate goal of discovering and developing a safe and effective drug.

So, having a clear clinical path and a clinical use in mind is important. Early on, that determination might be fuzzy and become clearer as you progress, but it is still useful to consider it from the beginning.  Perhaps your compound is the best ever at inhibiting or activating a particular target, but it is insoluble, has off-target, potentially toxic effects, or is too costly or impossible to make at scale. Or perhaps it might be suitable for an acute need, but it would require chronic exposure to work effectively. Or perhaps the clinicians are unable to design a trial to test it in a way that meets regulatory demands. Or perhaps the planned biomarker for the trial requires patients to do something that the target population is unable to do. In each case, you have not achieved your end goal – your compound is not a viable drug.  Those weaknesses may or may not be solvable, so knowing that as soon as possible gives you the best chance of finding a solution -- if there is one -- and getting to a useful new drug.

Diane Hollenbaugh is a drug discovery scientist and chief scientific officer of Good Therapeutics. She has more than 25 years of experience in biologicals research, research management, and discovery and early development with a focus on immunology and oncology. Previously, she was executive director, immuno-oncology discovery at AbbVie, where she oversaw the growth of IO efforts, including early discovery and translational science, licensing partnerships, and five discovery projects brought to IND. Prior to AbbVie, she has experience at large and small companies, including BMS, Medarex, FivePrime Therapeutics, and Schering-Plough/Merck. She received a B.S. in chemistry from the University of Washington and a Ph.D. from the California Institute of Technology Division of Chemistry and Chemical Engineering, and completed her postdoc training at the Bristol-Myers Squibb Pharmaceutical Research Institute. She is an inventor on more than 20 issued patents.