Is Phage Therapy Ushering In A Post-Antibiotic Era? 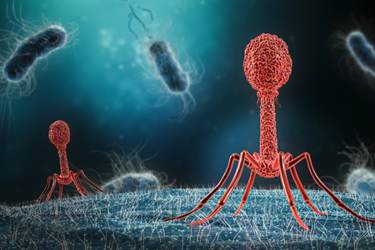 The misuse of antibiotics in human and animal medicine is today responsible for numerous therapeutic impasses. The root cause of this phenomenon could be the multi-resistance of bacteria to antibiotics.

Faced with the emergence of resistant bacteria, phage therapy, which uses bacterial viruses (bacteriophages) to treat bacterial infections, is emerging as one of the most credible alternatives to antibiotics.

The Worrying Scenario Of Antibiotic Resistance

Many health concerns arise from the massive use of antibiotics, including the increase in nosocomial diseases and the resurgence and spread of diseases normally treated by modern medicine, such as tuberculosis.

Of all these public health issues, resistance to anti-infectious drugs caused by the overuse of antibiotics is a serious cause for concern since it places many patients in situations of therapeutic impasse. Indeed, faced with overexposure to antibiotics, bacteria have developed multi-resistance mechanisms allowing them to escape their therapeutic action.  These resistances have spread rapidly by horizontal gene transfer between bacteria but also between individuals, animals, and their environment.

According to the O'Neill report published in 2016,1 resistance to anti-infectious drugs could become the leading cause of death by 2050, with figures as high as 10 million victims. It is estimated that microbial resistance is already responsible for 700,000 deaths per year.

The Centers for Disease Control (CDC) and the World Health Organization (WHO) are warning of the urgent need to find treatments to fight this global threat that knows no geographic or economic boundaries. Several critical multidrug-resistant bacteria (MDR) have already been identified, including Escherichia coli, Staphylococcus aureus, Pseudomonas aeruginosa, Neisseria gonorrhoeae, Salmonella, and Acinetobacter.

Technological innovation and the commercialization of alternative solutions must now play a central role in anticipating the post-antibiotic era as described by the WHO.

De-escalation of antibiotic therapy is an immediate necessity involving the use of alternatives accessible to the public. Among the solutions considered, phage therapy is relatively close to the way antibiotics work.

However, unlike the chemical molecules of antibiotics, phage therapy involves the use of bacteriophages, naturally occurring viruses capable of attacking a defined bacterial target. Each bacteriophage recognizes a specific receptor, present on the surface of the bacterial envelope, and often known as the primary virulence factors of bacteria. Present in the entire biosphere, including the human body, bacteriophages have already demonstrated a very high level of safety and innocuousness in their use for therapeutic purposes. Furthermore, the development of medical solutions using bacteriophages is a natural process, requiring no genetic/structural modification of the viruses.

This process is actually well known to scientists since it was discovered in 1917 by the French biologist Félix D'Hérelle. Considered the inventor of phage therapy, he was the first to mention the existence of a bacteria-killing virus: the "bacteriophage." In the wake of his discovery, D'Hérelle succeeded in isolating phages active against several bacterial species. As early as 1919, he implemented a therapeutic use of bacteriophage and cured children suffering from shigellosis.2 However, the discovery of penicillin in 1928 and the generalization of anti-infectious treatments, a symbol of modernity, overshadowed phage therapy for a time, particularly in Western bloc countries such as the United States, Canada, and Europe.

Precision phage therapy is specifically based on the use of virulent bacteriophages. Their action leads with certainty to the destruction of the targeted bacteria. Temperate bacteriophages, on the other hand, present a greater degree of uncertainty, as the activation of the lytic cycle of the prophage is not systematic. In addition, the integration of the bacteriophage genome into that of the bacterium could lead to horizontal transfer of genes, such as genes encoding antibiotic resistance, among the bacterial population.

Bacteriophages target a restricted bacterial isolate defined, among other things by the type of receptor present on the surface of the target bacteria. Their specificity prevents them from attacking organisms other than those for which they were initially selected, thus preserving the patient's microbiota.

In some cases, the natural evolution of bacteria at the origin of the appearance of resistance to bacteriophages will lead to the selection of clones that drastically modify or even permanently lose the receptors targeted by the phage. With these receptors often being responsible for the virulence of the pathogens, the selected clones have reduced aggressiveness for the patient and are better controlled by the immune system.

In response to the antibiotic efficacy crisis, the use of bacteriophages is expected to become the alternative of choice.  However, this process is still at the stage of clinical experimentation, since there is no phage-based drug with a marketing authorization, even though bacteriophages are now categorized as biological treatments by the health agencies. Antibiotics, which are chemical molecules that are easier to synthesize, have indeed taken precedence for a while over their natural counterpart.

Our company’s approach is based on the creation of bacteriophage libraries specific to the species S. aureus, P. aeruginosa, and E. coli. From these libraries, the company manufactures batches of bacteriophages according to the pharmaceutical qualities required by the drug agencies. These bacteriophages are ready for use in clinical studies.

When a patient is included in a study, the bacteria responsible for the infection is isolated, identified, and then all of Pherecydes’ phages are tested on it thanks to a diagnostic test named phagogram by analogy with the antibiogram. During this test, the bacteria identified in the patient are seeded on a nutritive medium and then the different types of phages are added. The medium is then incubated for a few hours before the results are studied: the most active phages prevent bacterial growth and will thus be identified.

Clinical batches of bacteriophages previously produced and having shown activity on the patient's strain will be administered to the infected person, most often by means of an injection directly at the site of infection.

One of the world's first phage therapy studies conducted on osteoarticular infections on prostheses caused by Staphylococcus aureus infections was recently approved by the French Drug Safety Agency (ANSM). The Phase 2 study PhagoDAIR involves a panel of 64 patients with hip or knee joint infections.

The study protocol provides for the selection of anti-Staphylococcus aureus phages active on the patient's strain according to the phagogram and then the administration of these active phages directly on the site of proliferation of the bacterial strain, via a surgical procedure.3

The primary clinical evaluation of clinical infection control is performed 12 weeks after the patients' surgery. The first results are expected in 2023 for a follow-up of patients until 2025. Depending on the results, Pherecydes Pharma could start a new Phase 3 study as early as 2024.

A Regulation That Will Evolve

Biological treatments, because of their difficulty to fit into existing regulatory categories, force research stakeholders to build a new framework for an empirically proven process. In order to meet the regulatory standards of the pharmaceutical industry, phage cocktails have to fit into good manufacturing practices. The main challenge is to ensure the sustainability of quality phages, particularly in the case of convincing clinical trials. For the time being, only a few companies are entering what is still perceived as a potential "niche market."

The results of these clinical trials, as well as the governmental authorizations that could follow in case of positive results, are nowadays very much awaited by many patients in therapeutic failure who are sometimes obliged to resort to medical tourism to be treated in countries with more favorable legislation.

Pascal Birman is chief medical officer at Pherecydes Pharma. He received his MD from the Pierre and Marie Curie University in Paris VI in 1988. Previously, he was the director of therapeutic research at Servier's International Center for Therapeutic Research in the U.S. from 1994 to 2001 and then became Servier's director of international clinical operations for Europe and Asia until 2004. Birman was also previously at Ipsen and GENFIT. He joined Pherecydes Pharma in 2021.

Cindy Fevre is chief scientific officer at Pherecydes Pharma. She completed her Ph.D. in 2008 at the Pasteur Institute of Paris, where she worked on antibiotic resistance and on the physiopathology and genetic population of Klebsiella. She then joined the University Medical Center of Utrecht in the Netherlands as a scientist for two years. In 2011, Fevre rejoined the Pasteur Institute in Paris, where she led a scientific project to understand the impact of enteropathogenic bacteria on the intestinal environment using listeria model. She joined Pherecydes Pharma in 2016.