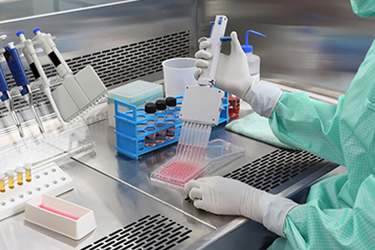 Cell line development is typically on the critical path of drug development. It’s a complex, labor intensive, and multistep process. Our cell line development platform uses the GOCHO™ host cell line to minimize the risk and timeline to develop high-performing clones suitable for manufacturing. However, multiple minipools and/or clones are often lost in the expansion process during the transition from static to suspension culture.

Learn about a study exploring an alternative approach to reduce the losses of minipools and clones to improve the overall process result. In the cell line development workflow, minipool selection is initiated 48 h after transfection. Through a series of expansion steps, minipools or clones are expanded to progressively larger volumes and productivity is ranked. The parameters to use for optimal expansion and for timing the transition from static to shaking culture was investigated. With the new workflow described, the overall timeline was improved by ~ 2 weeks and multiple clones producing > 4 g/L in a fed-batch culture were readily obtained. Explore this new workflow and how it is more robust than our previous version and increases our chances of delivering highly productive clones.