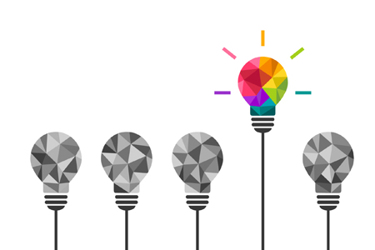 Patients diagnosed with neurological diseases such as Parkinson’s or Alzheimer’s have yet to experience a treatment that halts the progression of these illnesses. Despite 20 years of inroads in precision medicine, therapies aimed at genetically validated targets to truly disrupt these chronic disorders, let alone cure them, remain unrealized.1 It’s time to think differently.

Therapies based on targets identified through genome-mapping strategies have brought some relief for some patients with rare central nervous system (CNS) illnesses, such as spinal muscular atrophy (SMA). This disorder, mainly caused by mutations in a single gene, SMN1, gradually weakens and destroys the nerves controlling the muscles needed for such essential activities as speaking, walking, breathing, and swallowing.2 The FDA has approved two therapies designed to compensate for mutations to the SMN1 gene to help manage patients’ SMA symptoms, and more are in development. However, these treatments aren’t cures yet, and CNS diseases continue to devastate lives.

While genome mapping helped identify mutations of genes in the cell nucleus, a single error seldom has a clear role in complex CNS diseases. Lessons from oncology research teach us that mutations in nuclear genes arise for many reasons but do not always cause cancer. For example, scientists initially hypothesized that a frequent mutation of the BRAF gene known as V599e helps drive the formation of tumors in patients with the skin cancer melanoma. However, this mutation occurs at similar rates in non-cancerous tumors, suggesting additional critical molecular mechanisms are necessary to distinguish between health and disease.3

Indeed, we lack convincing evidence that nuclear mutations are even the oncogenic drivers that spark the initial transformation of healthy cells into cancerous ones.4,5 Nonetheless, nuclear genes with mutations remain the primary focus for selecting biological drug targets. The drugs resulting from these “genetically validated” targets mainly aim to shrink solid tumors and have an overall success rate of only 7% for patients with advanced or metastatic cancer compared with non-gene linked therapies like checkpoint inhibitors, which have a success rate greater than 11%.6,7 These treatments are not the achievement we all want and patients deserve.

Similarly, neurology research has hunted for transformative targets among nuclear genetic mutations without success. We have yet to see a drug come to market from a genetically validated target that can arrest or reverse diseases like Parkinson’s, Alzheimer’s, or Rett syndrome.

We need to expand basic research to explore a fundamental question more richly: What are the essential drivers, genetic or otherwise, that switch our cells from order to disorder or from function to dysfunction? Knowing how the underlying processes give rise to disease should help us find more worthwhile targets. However, we must be clear about our definition of targets to ensure they drive disease, not just act as signals. Too often, we conflate the cause of a patient’s illness with risk factors for the disorder in choosing an appropriate drug target. Risk factors are predictive signs but not necessarily causes, meaning they aren’t worthwhile biological intervention points. We learned this via an emphatic lesson from the cardiovascular field. More than three decades of chasing high-density lipoprotein (HDL) cholesterol as a driver of cardiovascular events, including the costly development and failure of CETP inhibitor drugs, demonstrated that low HDL, though a risk factor, is not a driver of heart disease.8

When we find valid drivers, we must narrow our focus to those involved or controlling the rate-limiting steps of disease development. These drivers are more likely to become clinically meaningful targets for intervention. This approach has already benefitted the health of patients with acne, heart attack risks, or certain cancers due to the development of retinoids, statins, and checkpoint inhibitors. These transformative medicines all address key rate-limiting steps in each disease process, that is, sebum excretion, LDL-cholesterol production, and the immune system’s ability to recognize self vs. non-self, but none were found via genetic associations.

We are still looking to identify the key drivers of a CNS disorder like Parkinson’s disease. Research has led us to the midbrain, where we must now investigate what causes healthy nerves, tasked with making dopamine, to degenerate. Their persistent but gradual loss profoundly impairs motor functions.9 In addition to dopaminergic neuron loss, Parkinson’s patients also develop balance problems and incontinence, which suggests that this disease’s key underlying drivers may need to influence more than the loss of dopamine production and midbrain neurons.

Single genetic drivers of Parkinson’s are only known for about 5% of patients.10 They have an early onset form of familial Parkinson’s in which mutations play a role. These errors all occur in genes located in or directly affecting the mitochondria, the energy powerhouse inside each cell.11 Scientists have hypothesized that non-familial Parkinson’s may also be driven chiefly by similar insults to mitochondrial function.

Interestingly, none of the familial Parkinson’s mouse models do a good job replicating the disorder’s hallmark degenerative motor symptoms.10 The models include those for forms of familial Parkinson’s in which patients receive the same mutation from both parents, which can occur on such genes as PINK1, PARK2, or DJ-1, as well as forms of the disease caused by a mutation from just one parent, such as those related to the LRRK2 or SNCA genes. These problematic animal models do not have good value for drug development, and other approaches are needed.

Most Parkinson’s patients have an unknown origin of their disease that is unlikely driven simply by nuclear genetics. Parkinson’s likely involves an interplay of nuclear and mitochondrial genes and mitochondrial dynamics, that is, how this organelle communicates, replicates, maintains quality control, and physically and functionally adapts to changes in cell activities to ensure its energy production meets the cell’s needs. Dysfunctions in mitochondrial dynamics are linked to numerous rare and severe neurological and neuromuscular disorders12 and can better explain the constellation of symptoms patients with Parkinson’s experience.

One of the promising factors linked to mitochondria dynamics in Parkinson’s is a critical mitochondrial protein complex involved in mitochondrial respiration – complex I (MCI). Researchers have linked deficits of MCI to many aspects of Parkinson’s, including basal ganglia degeneration,13 autonomic cardiac dysfunction,14 and bladder dysfunction.15

Is MCI part of a rate-limiting step that leads to some degenerative CNS diseases like Parkinson’s? Is it the driver? We don’t know yet, but evidence from current studies demonstrates that MCI is a factor of importance for both Parkinson’s and Alzheimer’s.16 Further exploration of MCI and other targets of mitochondrial dynamics and function should reveal targets for intervention with applications for these and other CNS diseases such as Huntington’s disease, Friedreich ataxia, and Rett syndrome.

Amy Ripka, Ph.D., is founder and CEO of Lucy Therapeutics. She has focused her 23-year career on drug discovery in diseases such as those involving CNS, cardiovascular issues, infections, and cancer. Prior to joining Lucy, she served as a senior leader for SAI Life Sciences, WuXiAppTec, EnVivo Pharmaceuticals, Daiamed, and Infinity Pharmaceuticals. Ripka holds more than 30 issued patents and has contributed to the development of five investigational new drugs and two marketed drugs. She earned her Ph.D. in chemistry from the University of Wisconsin-Madison and completed postdoctoral studies in the lab of Nobel Laureate K. Barry Sharpless, Ph.D.