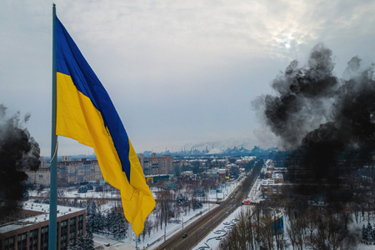 In February, I joined many of my fellow life sciences CEOs in signing a letter calling on our industry to halt investment and business activities in Russia. Putin’s invasion of Ukraine is not only morally repugnant but also highlights an existential struggle unfolding on a global scale between systems of government: plural, multiethnic democracies versus ethno-nationalist autocracies. I posit that only pluralistic democracies committed to the rule of law can support the kind of investment and innovation our industry requires to thrive, while autocracies can’t make the same claim.

Objecting publicly to the war in Ukraine is a no-brainer on moral grounds alone. Watching the Russian army wantonly target civilians makes all our stomachs turn — a nausea only deepened when we hear the lies and propaganda coming out of the Kremlin. What’s more, Putin has been very clear over the last several years about his ambitions for a renewed Russian empire, rooted in a fundamentalist version of Orthodox Christianity and an expansionist view of the “Old Rus” people that once spread across central Asia and eastern Europe and now need to be reunited. Such self-serving revisionist history and ethno-nationalist justifications have been used before by despots, including in the lead-up to World War II.

As business leaders invested in the long-term growth and success of the life sciences industry worldwide, we have an additional reason beyond the obvious moral one to oppose the Putin regime’s actions in Ukraine — namely because our companies will fail to flourish in undemocratic, ethno-nationalist countries that suppress free expression and reject the rule of law. We need to recognize that the amazing growth in our industry, and the therapeutic breakthroughs that have helped so many patients, rely in large part on pluralistic, democratic, rules-based systems of government — systems that too many of us have come to take for granted.

I suggest that a vibrant life sciences ecosystem needs three key factors to thrive. First, that the best and brightest scientists from around the world can come together and work in teams, at world-class universities and in private companies. Second, our companies need the assurance that they will be regulated according to a strong tradition of rule of law. Finally, we need robust economies with functional civil societies to create markets for our products and nurture the next generation of highly educated scientists and drug hunters. I believe that the best way to achieve these conditions is in multiethnic, pluralistic free societies committed to the rule of law.

Over the last seven years, my company Kezar Life Sciences has worked to develop new drugs to treat autoimmune disease and cancer, and our team has grown from a raw startup to over 65 brilliant individuals from very diverse backgrounds. Like many of our peers in biotech, a huge percentage of our workforce came to the United States from other countries to pursue higher education or work opportunities. Today, 36% of our full-time employees were born outside of the U.S., and many more are first-generation Americans, reflected in the fact that 67% of our team is non-Caucasian. I know for a fact that our diverse team is a profound strength and allows us to develop much needed new medicines for autoimmune and cancer patients.

"Only pluralistic democracies committed to the rule of law can support the kind of investment and innovation our industry requires to thrive, while autocracies can’t make the same claim."

When you get the best and brightest from around the world to work together, it results in very diverse teams. It is well known that diverse teams drive better outcomes — and given the creativity and persistence needed to succeed in our industry, brilliant, diverse teams are critical to success. Thankfully, here in the U.S. and in most non-autocratic countries, we do not define our nationhood by ethnic origin. I cannot speak for all of my employees who hail from outside the U.S., but I have to believe many of them would have thought twice about building their lives here if we were an autocratic, ethno-nationalist state. That is not to say that the U.S. is perfect — our country still has much work to do to address a myriad of injustices, including (but not limited to) Asian American Pacific Islander (AAPI)-targeted violence and the legacies of systemic racism — but the foundation of our pluralistic democracy makes positive change possible.

Many of us in the West assumed that the end of the Cold War over 30 years ago ushered in a new world order where increased global commerce, interdependence, and the flow of information would lead most if not all countries over time to embrace democracy and systems based on the rule of law. It is this faith in the rule of law that has attracted the best and brightest to the U.S. for decades — because people understand their chances for success increase in a rules-based, pluralistic society.

Perhaps more than anything else, the backdrop of a strong and credible rules-based society is the key to enabling a vibrant and successful life sciences industry. A society’s commitment to rule of law matters to individuals, is key to underpinning effective regulatory institutions and corporate structures, and ultimately drives robust economies and vibrant capital markets. While seemingly invisible and often taken for granted, the rule of law is the necessary foundation for vital, open societies. Putin’s regime is the opposite of that, and autocracy represents an existential threat to free enterprise. Corruption and cronyism will ultimately crush a life sciences ecosystem.

In a society such as Putin’s Russia, one of the only sure things for an entrepreneur or academic leader is the need to align yourself with the strongman. This is not a recipe for independent thought, risk-taking, or successful innovation, and it is antithetical to the transparency and intellectual honesty intrinsic to the scientific process.

This struggle is unfolding not only between countries, but within countries as well. I believe that current and would-be strongman leaders around the world are watching closely to see how Putin fares in this war of choice, and that Western indifference — from political as well as business leaders — could embolden them for years to come. This is no less than a struggle between worldviews, one where might makes right, the other anchored in rule of law and respect for individual rights.

As business leaders, I believe we need to oppose Putin’s actions not only on moral grounds, but because his autocratic, anti-Western playbook is antithetical to a vibrant life sciences industry and private sector in general. The totalitarian’s playbook is based on misinformation and misdirection, and bets on the confusion and complacency of others in the face of his actions. It represents a fundamental abandonment of truth, the crushing of debate and dissent, and at its core is deeply inefficient and unscientific and immoral. I was proud to cosign the letter in February, and now several months into the war we must go beyond words and carry through with actions. Actions that may only sting a little, but if we act together as an industry may have significant impact. Let’s stand on the right side of history and make it clear that we will not work with companies that either passively or actively support Putin’s regime.

John Fowler is the CEO and cofounder of Kezar Life Sciences.