The Promise Of Gene Silencing To Treat Not-So-Rare Diseases 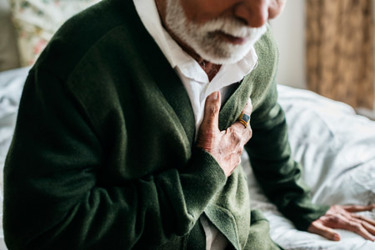 Unlike rare diseases, which are often caused by pathological genetic mutations, common diseases may be associated with genetic variants that are not pathological and therefore do not dysregulate a biological process. For example, variants of the LPA or PCSK9 gene can increase a person’s risk of cardiovascular disease by affecting cholesterol levels, but these variants do not directly cause cardiovascular disease by disrupting a fundamental biological process. This contrasts with, for example, mutations in the HBB gene that cause beta thalassemia and disrupt the mechanisms that protect the body from toxic iron buildup.

Nevertheless, the approach to treating rare and common diseases with siRNA therapies is similar: silence a gene that has little or no effect on phenotypes outside the disease, thereby maximizing safety. This is an important factor in rare diseases, which often begin early in life and require lifelong treatment. But it is equally important in common chronic diseases, such as hyperlipidemia, in which a patient has abnormally high levels of fats in the blood, where patients may live for decades before they experience any overt symptoms from their condition and are not likely to tolerate a therapy with even minor side effects that interfere with their quality of life.

Silencing Genes To Reduce The Risk Of Cardiovascular Disease

At the forefront of common conditions being targeted by gene silencing is elevated lipoprotein (a), or Lp(a), a cholesterol-rich particle closely related to the well-known cardiovascular risk factor LDL. High levels of Lp(a) are associated with high risk of cardiovascular events, such as heart attacks and strokes; low levels of Lp(a) are associated with a low risk of these events.

Unlike other types of cholesterol-carrying particles, Lp(a) levels are not significantly modifiable by lifestyle factors; levels are genetically determined by the variant of the LPA gene, which encodes apolipoprotein (a) – a major protein component of Lp(a) – that a person has. Because these variants are not pathological mutations, the person may not experience disease symptoms for years and may even be unaware of their elevated Lp(a) levels. Yet the condition is common: One in five people have high levels of Lp(a), defined as 50 mg/dl or 120 nmol/L. Other cholesterol-reducing medicines, such as statins, have no effect on Lp(a) and can even increase levels; currently there are no approved Lp(a)-reducing therapies.

However, assessments of human genetic databases, such as the UK Biobank, have revealed that cardiovascular risk is the only phenotype associated with Lp(a) levels. Some individuals have zero levels of Lp(a), and the only known phenotype in them is a much-reduced incidence of cardiovascular events. This indicates that silencing LPA with a properly designed siRNA therapy, such as Silence’s clinical-stage asset SLN360, could reduce the risk of cardiovascular disease in people with elevated Lp(a) while minimizing the risk of any unwanted or unexpected side effects.

The PCSK9 gene is another example of an siRNA target for the common condition of hyperlipidemia. The PCSK9 protein negatively regulates the cellular uptake of low-density lipoprotein-cholesterol (LDL-C) in the bloodstream by reducing the number of LDL receptors on the surface of cells. This means that high levels of PCSK9 decrease cellular uptake of LDL-C, leaving more of it in circulation.

High LDL-C levels in blood are associated with coronary artery disease (CAD). While not entirely determined by genetics, as Lp(a) levels are, some variants of the PCSK9 gene are associated with low levels of LDL-C and a reduced incidence of cardiovascular disease. Similar to the LPA gene, this suggests that silencing PCSK9 with an siRNA could reduce LDL-C levels in the blood to treat hyperlipidemia and reduce the risk of CAD. Indeed, the siRNA therapy inclisiran, which silences PCSK9, was approved by the European Union in December 2020 and in the United States in December 2021 for use in people with atherosclerotic cardiovascular disease (ASCVD), ASCVD risk equivalents, and heterozygous familial hypercholesterolemia (HeFH), in conjunction with lifestyle changes and other cholesterol-lowering medicines.

An important feature of siRNA therapies in the treatment of common chronic conditions such as elevated Lp(a) and elevated LDL-C is that they have long-lasting effects, and thus they require less frequent dosing than statins and other small molecule drugs, which must be taken daily. This in turn should increase patients’ compliance with the therapeutic regimen and thereby improve outcomes. In fact, a 2018 retrospective study found that hyperlipidemia patients who were prescribed the right intensity (level) of statin treatment and complied 100% with their therapy had a 40% lower risk of cardiovascular events than patients who received low-intensity statin treatment and had 5% compliance.1 The study concluded that an optimal therapy could reduce the risk of cardiovascular events by 30% in three years.

Though published before any siRNA therapy was approved for hyperlipidemia, the study’s implications are clear: Therapeutic intensity and patient compliance are important factors in saving people’s lives. With siRNA therapies, the intensity is known, and the compliance issues are likely to be less of an issue compared with oral drugs. This is just one aspect of siRNA that makes it as well-suited for treating common diseases as rare diseases.

siRNA also has the potential to improve outcomes in hematopoietic stem cell transplantation (HSCT). Though not a disease per se, HCST is a procedure commonly used to treat a range of blood cancers and, with increasing frequency, certain autoimmune disorders.

HCST involves ablating the existing bone marrow to make way for a healthy stem cell graft to repopulate the marrow. This ablation shifts an enormous load of dead iron-laden blood cells into the circulation. Retrospective studies suggest this acute release of toxic iron from ablated cells can adversely affect the survival of the stem cell graft and increase the risk of potentially lethal infections in HSCT patients.

As in the rare disease examples I mentioned previously, silencing TMPRSS6 with an siRNA could increase hepcidin to reduce iron levels in HSCT patients, potentially improving their survival and engraftment outcomes.

I am passionate about RNA technology and the benefits that targeted, precision siRNA medicines can bring to patients with rare diseases and not-so-rare diseases who need new therapeutic options. As both a physician and drug developer, I find it rewarding and exciting to witness this technology finally coming into its own, with the promise of delivering even greater benefits in the coming years.