The Promise Of Gene Silencing: A Primer On siRNA 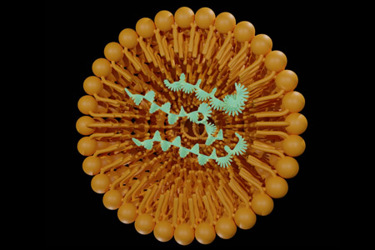 While the rapid development of COVID-19 vaccines has recently focused much attention on the potential of mRNAs as a means to control the spread of transmissible viral infections, mRNAs also comprise a class of drug targets for siRNA, also known as small interfering RNA, a therapeutic modality that could treat a wide array of diseases.

In this series of articles, I will provide a primer on siRNA therapies, compare them with other therapeutic modalities, especially gene therapy and gene editing, and take a close look at the exciting potential of siRNA to treat rare and not-so-rare diseases alike.

First, a brief overview of gene expression is in order. Gene expression is the process cells use to turn the instructions encoded in our DNA (genes) into functional proteins. A key intermediary in this process is messenger RNA (mRNA). mRNA copies the instructions from the DNA in the cell nucleus and carries that information to the cellular machinery outside the nucleus that manufactures proteins. Every protein-encoding gene in our DNA has a corresponding mRNA that enables the gene’s expression in this manner.

Small interfering RNAs (siRNAs) are short sequences of RNA that interfere with gene expression by associating with a specific mRNA and promoting its degradation before it reaches the cell’s protein-making machinery, effectively “silencing” expression of the corresponding gene. The Nobel-prize winning discovery of this naturally occurring mechanism, which is known as RNA interference (RNAi), created the possibility to design and use synthetic siRNAs as therapies to reduce or eliminate the expression of a disease-related protein by targeting its corresponding mRNA.

The great promise of siRNA is its ability to hit targets that have long been considered “undruggable,” such as proteins that lack suitable binding sites for small molecule drugs, including those that engage in protein-protein interactions, and intracellular targets that are beyond the reach of antibodies and other biologics, which cannot enter cells.

A Precision Modality For Many Diseases

In addition to being targeted medicines, siRNAs are also precision medicines, because they engage and silence their mRNA targets via the precise mechanism of Watson-Crick base pairing between the four nucleotide bases in RNA. In simpler terms, this means an siRNA will only bind with high affinity to an mRNA that contains the complementary nucleotide sequence.

One advantage of siRNAs is that, while they can get inside cells, they cannot do so unaided; they have to be packaged, or coupled to a targeting moiety, in some way to enter cells. While at first glance this may seem to be a drawback, it is actually advantageous; the package can be designed to deliver siRNA only where it is needed – the cells and tissues producing high levels of the disease-related protein. Such precision prevents siRNAs from entering other cells and tissues to cause unwanted side effects, contributing to a strong safety profile.

Both precision targeting and precision delivery set siRNA therapies apart from small molecule drugs, which often act by targeting proteins and can be highly unpredictable in terms of what tissues they will enter, how they will be metabolized, and which side effects they could have.

Currently, precision delivery of siRNAs is most often achieved by conjugating or coupling them to a cluster of sugars called GalNAc, which binds a receptor that is highly expressed on hepatocytes in the liver but has little-to-no expression in other tissues and cell types. GalNAc therefore functions as a specific “address tag” that delivers siRNA into liver cells.

It is important to note that liver-specific delivery, aided by GalNAc, does not limit siRNA to treating liver diseases: of the approximately 30,000 genes in the human genome, the liver expresses about 14,000 of them. As long as the disease-related gene is predominantly expressed in the liver, siRNA can potentially treat the disease by targeting the gene’s mRNA.

However, many disease-related genes are not highly expressed in the liver. For this reason, the next great challenge for the field is delivering siRNA to tissues outside the liver (extra-hepatic delivery). Researchers and companies are experimenting with various extra-hepatic delivery methods, such as conjugating siRNAs to antibodies or peptide ligands or loading siRNA into lipid nanoparticles or exosomes.

Nevertheless, only 1% of the genes expressed in the liver are targeted by publicly disclosed siRNAs. This leaves a vast “white space” of potential targets and therapeutic opportunities for the siRNA field to explore.

siRNA therapies also have two features that contribute to a long duration of action: They are carried into the cell and then retained inside spherical vesicles called endosomes, which then release the siRNAs into the cytosol; and they have catalytic activity within the RNA-induced silencing complex (RISC) that allows a single siRNA to induce the degradation of multiple mRNA molecules.

siRNA Vs. Gene Therapies: The Benefits Of Impermanence

Because siRNAs target genes instead of proteins, they are frequently compared with gene therapies, which treat diseases by adding a functional copy of a disease-related gene to the patient’s genome, and gene editing therapies, which treat diseases by altering a defective disease-related gene either to correct the defect or render the gene completely non-functional.

Gene therapies and gene editing therapies are attractive for the promise of a “one-and-done” treatment that permanently alters the patient’s genome with a single treatment. But they also raise concerns: What if the therapy introduces permanent changes that are unexpected and unwanted?

In this context, siRNAs represent an interesting and valuable therapeutic intermediate between the permanence of gene therapies and gene editing therapies and the transience of short-acting small molecule drugs. From this middle ground, siRNAs offer the benefits of long-lasting, dose-dependent therapeutic effects with a single dose, without irrevocably changing the patient’s genome, along with the ability to modify those effects as needed by reducing or pausing the dosing regimen.

siRNAs also have more predictable safety profiles than gene editing therapies. This is due to the precise mechanism of base pairing that enables siRNA sequences that silence off-target mRNAs and cause unwanted side effects to be predicted and screened out.

For example, Silence Therapeutics applies machine learning (artificial intelligence) and other in silico techniques to maximize an siRNA’s silencing effect on the target mRNA, while minimizing its potential to bind off-target mRNAs. By contrast, though much research is focused on improving the safety of gene editing therapies, it is still challenging to predict their off-target effects.

The Potential Of siRNA In Rare Diseases And Beyond

The precision of siRNA molecules themselves, coupled with the elucidation of the exquisite targeting mechanism afforded by GalNAc within the last decade, has opened up a whole new arena of targeted therapies, with the first siRNA product receiving FDA approval in 2018 and two others following suit since then. While these approvals have been for rare disease therapies, siRNA is also suited to treating not-so-rare diseases as well. Indeed, I find siRNA exciting for its potential to create therapies for many diseases, rare and common, that currently lack effective treatments.

In my next article, I’ll take a close look at why siRNA is especially well-suited for treating rare diseases, after which I’ll examine its emerging potential for treating more common diseases.