The Potential Of siRNA To Treat Rare Diseases 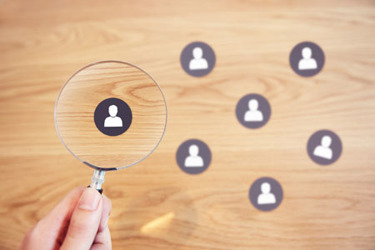 siRNA is a precision, targeted medicine with the potential to treat many diseases that currently lack effective therapeutic options. In my previous article, I offered a primer on siRNA and discussed its advantages over other therapeutic modalities, including gene therapies. In this second article of the series, I take a closer look at siRNA’s potential for treating rare diseases.

For patients with rare diseases, the unmet need is vast: Of the approximately 7,000 rare diseases that have been identified, about 95% have no treatment. siRNA is especially well-suited for treating these diseases for three key reasons: the genetic underpinnings of many rare diseases; the precise mechanism of gene silencing; and the possibility for one siRNA therapy to treat several different rare diseases.

Many rare diseases are monogenic: They are caused by a mutation in a single gene that gives rise to single mutant mRNA and the corresponding disease-causing protein. This provides a clear “line of sight” between the disease and the proposed mRNA target for an siRNA therapy. It also creates confidence that silencing the gene with an siRNA will have a therapeutic effect on the disease.

The precise mechanism of Watson-Crick base pairing enables the design of an siRNA that specifically binds the target mRNA in the disease but not other mRNAs, thereby minimizing the potential for off-target effects and enhancing the safety of the siRNA therapy. While safety is an important factor in treating any disease, it is a special consideration in rare diseases because these often manifest early in life and require lifelong treatment.

siRNA is not necessarily limited to one therapy per disease. Several seemingly unrelated rare diseases can manifest very differently while involving dysregulation of the same fundamental biological mechanism. This creates the potential for a single siRNA therapy to treat those different disease by targeting that shared, fundamental mechanism.

One siRNA Therapy For Multiple Diseases: The Example Of Iron Flux

Dysregulation of iron flux, leading to an excess of available iron in the body, is a good example of a fundamental mechanism that is disrupted in a number of rare diseases. Iron is an important component of hemoglobin in red blood cells, and we depend on it for air exchange, but iron itself can be toxic. As a result, the body has developed iron-regulating mechanisms that protect our cells and tissues from toxic buildup of this essential mineral.

A key regulator of iron is the protein hepcidin, encoded by the HAMP gene. High levels of hepcidin restrict the availability of iron, but low levels can allow too much iron to circulate. Hepcidin itself is negatively regulated by the TMPRSS6 gene; this means low levels of TMPRSS6 protein will increase the production of hepcidin and, in turn, decrease the availability of iron.

This iron-regulating pathway can be therapeutically harnessed by using an siRNA targeting TMPRSS6 mRNA to treat at least five rare diseases that involve excess iron – even though the diseases are not driven by mutations in the TMPRSS6 or HAMP genes:

1. Beta thalassemia is a monogenic disease caused by mutations in HBB, which encodes a component of hemoglobin, and

In both diseases, genetic mutations interfere with the bone marrow’s ability to make normal red cells (erythropoiesis), leading to anemia. The body tries to compensate for the anemia by suppressing hepcidin, thereby releasing additional iron from stores to make more red cells. The resulting excess of iron poisons the bone marrow, further reducing erythropoiesis, exacerbating the anemia, and causing problems in other organs such as the liver, spleen, endocrine system, and heart.

A TMPRSS6-silencing siRNA could treat beta thalassemia and MDS by increasing hepcidin to restrict free iron and improve erythropoiesis, sparing patients the need for multiple blood transfusions and the risk of organ damage from resulting iron overload. This approach offers greater therapeutic benefits than iron-chelating therapies, which “skim” excess iron from the blood but do not modulate the underlying mechanism that results in that excess.

4. Sickle cell disease (SCD) is a monogenic disease caused by HBB mutations, resulting in an abnormal form of hemoglobin that deforms (sickles) under low-oxygen conditions. Preclinical studies in animal models of SCD have shown that decreasing iron levels reduces sickling and the incidence of sickling-related thrombotic events. Silencing TMPRSS6 to increase hepcidin and decrease iron could therefore help treat SCD.

5. Polycythemia vera (PV) is a non-monogenic disease involving the overproduction of red blood cells as a form of cancer, which increases the total number of red cells in the body (red cell mass) and the overall thickness and stickiness of the blood. These factors can lead to multiple adverse symptoms and a high risk of cardiovascular events, such as heart attacks and strokes. Silencing TMPRSS6 to increase hepcidin restricts the amount of available iron, effectively placing the bone marrow on a “low-iron diet” that reduces red cell mass, hemoglobin levels, and hematocrit.

The foregoing is just one subset of rare diseases, each with different underlying causes, that could be treated with a single siRNA therapy by targeting a biological process that is dysregulated in all of them.

Another group of rare diseases involves the complement system, which is part of innate immunity that assists (complements) the functions of antibodies and other parts of the immune system. In collaboration with Mallinckrodt Pharmaceuticals, Silence is developing siRNA therapies that target complement component 3 (C3), which is implicated in a number of rare inflammatory diseases.

These examples make it possible to conceive of siRNA therapies for many rare diseases that currently lack effective treatments, without having to develop an equal number of individual siRNA therapies.

Forging Ahead For Patients

In rare diseases, siRNA also offers advantages over gene therapy and gene editing approaches, which promise permanent therapeutic effects with one treatment, but may also have permanent unwanted or unexpected side effects, as I described in my first article in this series. siRNA therapies can have long-lasting effects without changing the patient’s genome, and any side effects can be modulated by adjusting the dosing regimen.

The potential of siRNA in rare diseases is just beginning to be tapped; there are still thousands that siRNA could help treat. As the therapeutic landscape for siRNA evolves, we will learn more about the full potential of siRNA and how this exciting technology can continue to deliver new therapies to rare disease patients who have no other options. But its promise doesn’t end there: In the third article in this series, I will examine siRNA’s potential for treating not-so-rare and even quite common diseases.