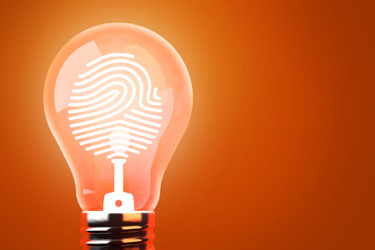 Intellectual property is the lifeblood of new biopharma entities. Patent protection is necessary to secure investment, to build a solid foundation with opportunity for future growth, and to establish viability within a highly competitive landscape. This article addresses key patent-related considerations for startups and small or early-stage players in the life sciences arena.

New biopharma entities are typically born from new and exciting ideas for a drug therapy or treatment protocol. While these inventions are full of promise, they face a long road in terms of development, advancement through clinical testing, and regulatory approval. Patent protection should begin early in the process, well before any prospects of market entry.

It has been nearly 10 years since the America Invents Act (AIA) became law. The AIA brought the U.S. patent system into line with the rest of the world by moving from a “first-to-invent” to a “first-to-file” system. Under the AIA, it is the effective filing date of a patent application – rather than the date of invention – that determines who wins the race to the patent office. Nevertheless, filing too early can be risky because the invention disclosure may be incomplete or unsupported. Further, early filings can later become damaging prior art (e.g., an applicant’s earlier-filed published patent application can be used by a patent examiner to reject the same applicant’s later-filed patent application on the basis of anticipation or obviousness).

Another timing issue that is important for new biopharma entities to consider is coordinating patent filings with journal publications, poster sessions, investor presentations, FDA submissions, and any other type of public disclosure. While non-disclosure agreements (e.g., between a startup and potential investors) may provide a sense of assurance, they are not a fail-safe protection against disclosures that can later serve as prior art against an applicant’s patent application. Moreover, applicants should keep in mind that a post-AIA public use or sale anywhere in the world (not just in the U.S.) may act as prior art. The best way to protect against the risk of facing such prior art is, again, to file a fully fleshed-out provisional patent application prior to any known public disclosure trigger event.

Timing is not only important in terms of when to file a patent application but also as a post-filing consideration in terms of how long it will actually take to get an issued patent. For biotech and pharmaceutical patent applications, it typically takes several years. But if a startup is banking on attracting investors with an initial patent portfolio, several years may be too long. Fortunately, the AIA provides another strategy to cope with this timing dilemma: a prioritized examination process called “Track One” examination. The U.S. PTO guarantees that Track One applicants will receive a first office action within six months and a final disposition within one year. Of course, this comes with a price – currently $4,200 for large entities and $2,100 for small entities – but the price may be a worthwhile investment for biopharma startups that need early investment money to survive.

Early-stage biopharma entities should conduct an initial assessment of the IP landscape they are poised to enter. A “freedom to operate” (FTO) search is a particularly useful tool for developing a patent strategy and making good long-term financial decisions. An FTO search, also known as a clearance search, tells an applicant whether they can make, sell, and use their invention without infringing on existing third-party rights. Since an issued patent does not actually give the owner any positive rights – rather, it gives them the right to exclude others from making, using, or selling the patented invention – it is important for new biotech and pharma companies to be aware and steer clear of their competitors’ key patents, and to instead zero in on feasible white space. Any potential hindrances to bringing a product or treatment to market, as well as any risks of being sued for patent infringement, should be identified and addressed earlier rather than later.

While startups that are strapped for cash may be tempted to save money by skipping or delaying an FTO search, this could be dangerous in the long run. In addition to providing guidance on areas in which to focus future development and seek IP protection, knowing the competition can help early-stage biotech and pharma companies decide where to file. Filing patent applications all over the world gets expensive quickly. Instead, companies should consider filing in countries where their competitors operate and where they are likely to be able to enforce their patents. (After all, a patent that cannot be enforced has little value.) Furthermore, savvy investors are increasingly asking early-stage biotech companies to demonstrate that they have conducted an initial FTO investigation and have developed strategies to circumvent any foreseeable problems.

Another essential, but often overlooked, consideration for life sciences startups is IP ownership. Under U.S. patent law, a company employee who solely or jointly contributes to the conception of a claimed invention is an inventor. Absent an assignment, or an agreement requiring the employee to assign his or her rights in the invention to the employer (or a third party), the employee inventor is the owner of the invention.

One of the most common mistakes by startups is the failure to obtain properly executed assignments of IP rights from inventors to the company. For example, the founders of a startup company may develop an invention prior to the startup’s incorporation and never follow up with an assignment of the invention to the company after incorporation. Or, in its hectic beginning stages, a startup may neglect to require its employees – who are likely to contribute to the conception of IP in the context of their employment – to assign or agree to assign (i.e., via an employment agreement) IP rights to the company. If a biopharma startup does not actually own the IP in its therapeutic products or treatment protocols, a disgruntled employee inventor could end up holding the company hostage. Therefore, in order to establish ownership of inventions made by employees in the context of their employment, a startup company should require each employee to sign an IP assignment agreement and confidentiality agreement as a condition of their employment. In addition, the company should obtain separate written assignments from employee inventors to the company for each relevant patent application. These assignments should be recorded with the U.S. PTO to perfect ownership and provide public notice that the company owns the patent application.

Protecting intellectual property is vital for the success of any new biotech or pharmaceutical entity. Although easy to overlook among the many demands of early-stage development, seeking patent protection at the right time and in the right way can provide key strategic, financial, and competitive advantages for life science startups.

Tania Shapiro-Barr is a member of the Intellectual Property Group in Dykema’s Minneapolis office. Her practice focuses on the preparation and prosecution of patent applications in technology fields including medical devices, biotechnology, and pharmaceuticals. Beyond prosecuting both foreign and domestic patent applications, her experience includes patent litigation and trademark prosecution.