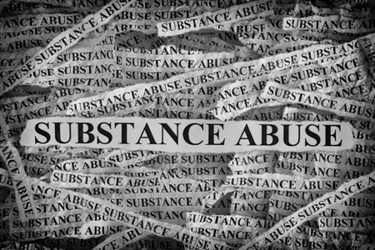 Human history seems inevitably associated with the phenomenon of substance abuse. This ranges from the ingestion of mind-altering substances such as Amanita muscaria (ibotenic acid and muscimol) in religious rituals in Central Asia and Siberia, to the extensive use of laudanum (opium) by the working class in the 19th century1 and abuse of new synthetic drugs permanently flooding the market. Compared to 2010, 275 million people took medications in 2019 (a 22% increase), with estimates of about 36 million people (+0.7%) suffering from substance use disorder.2 Opioid prescriptions increased by over 500%2 in the U.S. from 1997 to 2005. Overall, the death rate from opioid overdoses rose by almost six-fold3 between 1999 and 2017.

In 2000, the regulatory ball got rolling with a letter of the European Commission to the Committee for Proprietary Medicinal Products (CPMP) requesting a review of the potential for dependency/withdrawal reactions of selective serotonin reuptake inhibitors.4 In Europe this resulted in an EMA guidance on Non-clinical investigation of the dependence potential of medicinal products in 20065 and, in the U.S. FDA guidance for industry on the Assessment of Abuse Potential of Drugs in 2010,6 including clinical requirements in the latter. Both were preceded by the Scope of Application and the Guidelines for Animal Studies and Clinical Observations on Drug Dependence (1975, 1978)7, 8, 9 in Japan. In this article, I focus on EMA and FDA guidelines.

EMA and FDA guidelines begin with differences in the definitions of drug abuse/dependence. Drug abuse (FDA)6 or dependence syndrome (EMA)5 are defined in context with physical and/or psychological dependence based on the clinical diagnoses “substance dependence” or “substance use disorder” (ICD-1010 and 11,11 DSM 512).

After 1964,13 the stigmatizing diagnosis of addiction,14 which includes behavioral addictions (e.g., pathological gambling) in addition to substance dependence, was progressively replaced. A literature search in 2011 illustrates the difficulty of definition even within the concept of addiction in 2,994 peer-reviewed articles, of which 52 presented explicit statements that matched in only 20%.15

During drug development, abuse/dependence potential testing is mandatory for CNS active drug products/medicinal products that are novel (per both FDA and EMA) or that have a similar chemical structure and/or mechanism of action like those controlled under the U.S. Controlled Substance Act16 (CSA). The EMA guidance accepts limited testing for substances from classes known to cause dependence; no testing is an option for those that act similar to classes with documented absence of dependence. Metabolites need to be considered as well (EMA, FDA).

The FDA guideline presents several milestone investigations for the decision on the CNS activity of the drug throughout its life cycle, such as chemistry studies (e.g., drug structure/similarity), pharmacokinetic studies on distribution to and penetration of the brain, receptor/second messenger system binding studies, pharmacodynamic, and toxicological as well as clinical studies. Note 1 of the EMA guideline suggests defining a drug’s CNS activity by its entrance into the brain and interaction with central targets. Peripherally active drugs, e.g., abused at non-intended routes of administration, need consideration.

Drugs penetrate the blood-brain barrier (BBB) at high plasma concentrations, although sometimes this is unintended, as seen in animal toxicity studies,17 in patients with liver impairment or after misuse, e.g., due to drug tolerance. Loperamide (Imodium), for example, an over-the-counter antidiarrheal drug with agonistic activity at µ-opioid receptors, does not cross the BBB at therapeutic doses.18, 19 Co-administration with P‑gp and P450 3A4 inhibitors, however, may lead to euphoria overshadowed by the opioid overdose triad and cardiotoxicity. Based on a 91% increase in intentional loperamide exposures between 2010 and 2015, with 11 deaths,20 FDA released a safety alert post-marketing in 2016.21

Early investigation of BBB penetration during drug development is a basic need for lead optimization of CNS drugs. For peripherally active drugs, neither in- vitro nor in-vivo models are predictive enough for “non-CNS penetration”22 because of their lack of resolution and the incomplete understanding of brain permeation and distribution. The unbound brain-to-plasma partition coefficient Kp,uu,brain, describing the unbound drug concentration in the brain relative to blood at equilibrium,23 is characterized as a key driver for pharmacological responses. In a survey of 14 pharmaceutical companies,24 63% of the companies had implemented this concept into their project teams until 2015. About half of the companies (49%) tailored Kp,uu,brain measurements to individual drug discovery programs without establishing a default company-wide strategy.24 In early screening, 72% of survey responders collected first hints for BBB penetration and Kp,uu,brain extrapolation in transporter transfected cell lines (e.g., MDR1 and BCRP–Madin-Darby canine kidney cells),25,26 rather than in brain endothelial cells. All participants agreed on successful translation of in-vitro to in vivo results. Accepted in vivo methods are plasma and brain sampling with correction for plasma binding (up to 93% of participants) in PK and PD studies, PET/SPECT brain imaging (50%), or brain/blood microdialysis (14%).24

Quantitative whole-body autoradiography in rats in later development is often the first investigation of BBB penetration for peripherally active drugs. The brain/blood partitioning coefficient of all radiolabelled material quantifies metabolites and parent in brain tissue but also in its blood vessels.27 Discrepancies from Kp,uu,brain are the consequence.

Although in the guidelines, chemical similarity screening to known substances of abuse is one decision criterion to determine whether a drug falls under their scope, no details are presented. A visual comparison of chemical structures is nearly impossible, taking the growing CSA list 16 of more than 543 substances into consideration. Computational chemistry investigations range from 2D substructure similarity analysis over 3D pharmacophore comparisons28 to prediction of biological targets and respective binding affinity.29 Remember that that the analysis is always retrospective and only involves structures/activities30 that were identified as abuse –related at the time of its performance. Thus, the results are strongly affected by substructure/target composition and their continuous updates on the analyzing software. This may lead to different outcomes of these investigations if performed in early development or later, e.g., before submission. Since country-specific regulations exist for controlled substances, the reference lists need to be carefully selected dependent on the countries where submission will be requested.

The proof of pharmacological similarity to drugs of abuse and of potential CNS activity requires the characterization of its binding at respective brain targets. EMA touches these targets by citation of drug classes of concern. Targets were unequivocally specified by the FDA.

Neurobiologically, drugs act on the mammalian “reward” system. The mesocorticolimbic dopamine system involves pathways from the ventral tegmental area to the nucleus accumbens, it includes the amygdala and prefrontal cortex31,32 and is highly preserved across species.33 Originally, the system was designed for physiological reinforcers like food and sex, with a key role in maintenance and evolution of humanity.34 The FDA guideline relates the dopamine-, serotonin-, gamma-aminobutyric acid (GABA)-, opioid-, cannabinoid, and N-methyl-D-aspartate (NMDA) receptor systems, ion-channel complexes (e.g., calcium, potassium, chloride), and transporters (e.g., dopamine, serotonin, GABA) to abuse. However, the number of respective targets grows continuously in literature with time in parallel with the abuse receptor panels commercially offered. Usually, all drug candidates pass an in-vitro receptor panel35,36,37 at 10 µM as mandate by the FDA abuse guideline to detect potential off-target effects. The performance of an additional abuse potential target panel completing FDA requirements is often restricted to CNS drugs and ignored for peripherally active drugs. These assays only detect off-target binding affinity as percentage of binding, without characterization of functional activity (e.g., agonistic).

A follow-up testing of functional activity is recommended; however, a relevance threshold for percentage of binding is not defined by the guidelines. Papoian et al.38 issued a response of 50% as a criterion for positive response and functional testing. However, I cannot believe that the authorities will allow waiver of further abuse potential testing in cases of, e.g., 39% binding to an opioid receptor.

I consider an abuse potential assessment of novel drugs an absolute need before submission, although it does not necessarily result in dedicated studies when structural and/or pharmacological similarity to drugs of abuse could not be proven. It has gained importance due to the increasing numbers of drug addicts worldwide and the modification of substance use patterns to “in-house” available drugs during the COVID-19 pandemic.39 But the abuse potential guidelines do not define the start of respective activities since corresponding signals may come up during the entire drug development process.

The continuous growth in the number of abuse-related substances and brain targets may lead to repetition of front-loaded investigations later in development. Appearance of major metabolites from clinical studies40 triggers considerations for which studies must be supplemented, easily done for in-vitro tests but not for in vivo assays.

As illustrated for BBB investigations, the complexity of tests, the dependence of the results on test conditions and their impact on development times are challenging. Part 2 of this article series will discuss dedicated preclinical abuse potential tests in association with preceding studies. Particular emphasis will be placed on their predictivity for clinics based on the key question: How successfully can we model drug abuse in animal studies?

Anke Rosch is a board-certified pharmacologist and toxicologist working at Boehringer Ingelheim Pharma GmbH & Co. KG. A doctor of veterinary medicine, she has more than 20 years of experience in the pharmaceutical industry and has special expertise in safety pharmacology. Anke can be reached at ankerosch.PharmacolTox@t-online.de.