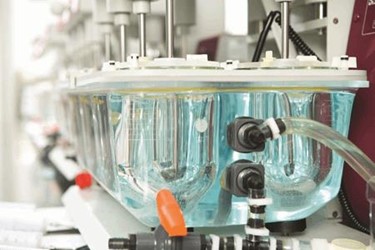 The Biopharmaceutics Classification System (BCS), developed by the U.S. Food and Drug Administration to simplify and accelerate the drug development process, helps companies when they file for bioequivalence of dosage forms based on in vitro dissolution testing. The objective of the BCS system is to predict in vivo performance of drugs from in vitro measurements of solubility and permeability. The system has evolved to classify low-soluble drugs according to their permeability (BCS Class II or IV). A compound's classification (I through IV) is indicative of its potential bioavailability.