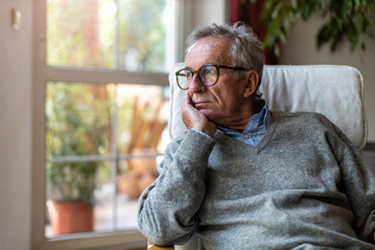 Post-operative cognitive decline (POCD) is a state in which new cognitive impairments arise in patients after a surgical procedure. It can occur in patients following surgeries to repair a hip fracture, coronary artery bypass, or other procedures. People who suffer from POCD can develop difficulty remembering things and performing daily tasks, and may possibly end up in nursing homes.

Some post-operative patients experience a lengthy cognitive deficit. For more than a third of these patients, this impairment may persist for a year or longer. Moreover, because the population is aging, the prevalence of POCD is increasing. Aggressive surgeries are being performed in older people, who are more prone to POCD. There are approximately 10 million surgeries a year in the U.S. alone, and a third or half of them are major. This problem will only get worse.

There are no existing therapies for POCD. The only recourse that physicians have now is to minimize use of anesthesia and opioids during and following surgery. Many surgeons and anesthesiologists have attributed POCD to the anesthesia administered during surgery, reasoning that the longer a patient is under anesthesia, the more likely they are to experience post-operative cognitive issues. But some of these surgeries are very long, often 6 to 8 hours, and significant doses of anesthesia are often inevitable. Many orthopedic surgeons have also tried reducing the use of opioids during and after surgery, but patients undergoing these kinds of surgery are in severe pain, so they end up getting opioids anyway.

My colleagues and I at 180 Life Sciences think we have a novel understanding of the root causes of POCD that show the above approaches may only be a partial answer. Major surgeries can result in tissue damage, and these damaged tissues often release a substance called tumor necrosis factor (TNF), a part of the immune response. TNF crosses the blood-brain barrier and allows inflammatory cytokines to enter the brain and affect cognition. We think TNF is driving the dementia that some patients experience after major surgery. According to our hypothesis, TNF is the bad actor here, and not as much for anesthesia or opioids.

We have found that the levels of TNF after surgery seem to correlate with the severity of cognitive deficit experienced. Our team thinks we have a remedy: These cognitive deficits can be reversed by administering anti-TNF, a class of drugs that suppress the activity of TNF. Our preclinical studies have shown that giving anti-TNF to animals reversed their cognitive deficit. If our hypothesis is correct, the treatment we are developing will be a significant benefit to patients and their families going forward.

Moving Forward With An Anti-TNF Therapy

The chairman of our 180 Life Sciences Clinical Advisory Board, Dr. Jagdeep Nanchahal, has discovered what he believes is the TNF-driven mechanism for POCD and submitted a grant proposal to the U.K.’s National Health Research Council to conduct a clinical trial in emergency hip fracture repair surgery patients. We hope to get the grant approved and initiate the trial by late 2022. Half of the patients will get a single dose of anti-TNF and half will get placebo saline. We will test them with the usual cognitive testing systems before and after the surgery and see whether the anti-TNF makes a difference in their cognitive ability. The acute follow-up will take place over two weeks, and then we will assess patients at three-, six-, and nine-months.

The trial will use a TNF inhibitor called infliximab, known commercially as Remicade, with which my colleagues Prof. Sir Marc Feldmann and Dr. Jagdeep Nanchahal and I are very familiar, because we developed it at Centocor in the late 1990s. This biologic is commonly prescribed for rheumatoid arthritis and psoriatic arthritis, Crohn’s disease, and other conditions. It will be administered by IV to patients as surgery begins.

If we find there is high demand for this therapy, scalability will not be a challenge. For one, Remicade is commercially available from Johnson & Johnson, which bought Centocor. Moreover, there are now eight biosimilar companies, most of whom have Remicade biosimilars, so getting this drug and putting it into an IV bag should be easy. We are in discussions with Celltrion, a Korean biosimilar company, regarding a supply agreement for their Remicade biosimilar Remsima.

Remicade is administered intravenously. There are other anti-TNF inhibitors that can be administered subcutaneously, into the leg or thigh, which slowly releases over several weeks. Obviously, subcutaneous injection can be more convenient — you can do it at home — but for our purposes IV is preferred, as we do not want the anti-TNF to be present very long, as there is a small infectious disease risk with all of the anti-TNF agents, so shorter exposure is better.

It’s evident that current strategies are not particularly effective at combating POCD. We hope our clinical trial will produce data that shows our anti-TNF approach with readily available infliximab is effective. With our aging population, it’s time to address this unmet need to effectively reduce or prevent POCD.

Jim Woody, M.D., Ph.D., is CEO of 180 Life Sciences, a clinical-stage biotech company focused on novel drugs for unmet needs in inflammatory diseases, fibrosis, and pain. Woody was a founder and served as chairman of the board of directors for Viracta Pharmaceuticals, a lymphoma therapeutic company. Previously, he was president of Roche Bioscience. He was also CSO and SVP of R&D for Centocor, where he was part of the team that discovered Remicade, which is used to treat arthritis and is now one of the best-selling drugs in the world. Woody also has served as commanding officer and director at the U.S. Naval Medical Research and Development Command. He holds an M.D. from Loma Linda University and a Ph.D. from the University of London.