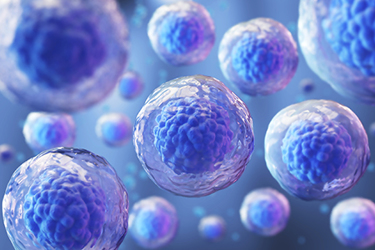 Like regular flow cytometers, cell sorters analyze cells based on a fluorescent component such as a fluorescent antibody bound to a target of interest. While regular flow cytometers evaluate fluorescence properties, cell sorters physically separate cells based on those properties. Distinct populations of cells are collected in separate vials. Researchers can then use them for further experimentation by comparing sorted populations, or by studying one population.

Fluorescence-activated cell sorting is a valuable tool for research, allowing separation of a mixture of cells into distinct populations for analysis. But could the physical forces of sorting stress the cells, altering their behavior and confounding experimental results? Andrä et al. (2020) found that although cell sorting activated p38 MAPK stress signaling, no functional or structural changes were observable. The results indicate that jet-in-air systems such as the Bio‑Rad S3e Cell Sorter do not alter cell behavior.