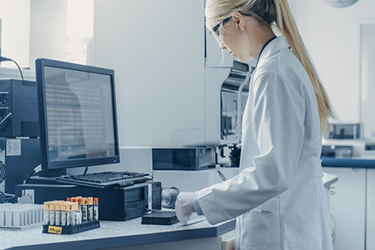 This BIOVIA customer supports drug discovery activities ranging from target validation and development candidate identification to clinical trial design and execution with a focus on cancer therapies. For many years, scientists at this company had been using a legacy plug-in to Microsoft® Excel® spreadsheet software for performing scientific data aggregation, analysis and presentation. With the legacy system reaching its end of life, the company made the decision to replace this legacy system with the BIOVIA Insight for Excel scientific data processing tool.

The greatest challenge in rolling out Insight for Excel was dealing with scientists’ long-standing personal attachment to their existing spreadsheet tool. Entrenched legacy files were spread across every email server in the company with some scientists closely guarding Excel macros that they had used for years and did not want to change. However, the new deployment also presented an excellent opportunity to limit the number of complex custom macros used by a small number of individuals, and encourage more broadly applicable protocols that many scientists could use. With this in mind, the deployment team evaluated many use cases to see what they could replicate from group to group. They also fine-tuned queries to make them smaller and more easily supportable over the long term. Finally, while the legacy spreadsheet tool was flexible, it was also slow. With the amount of data growing year after year, scientists had come to accept the inevitability of some queries taking up to 3 hours to process.

Not yet a member of ? Register today.