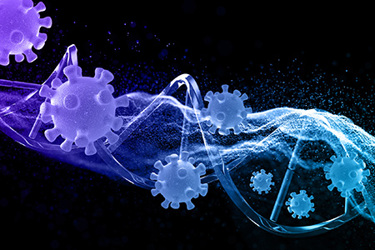 Pall Biotech has developed a large scale fixed‐bed bioreactor, the iCELLis 500+ bioreactor, which is ideally suited for biomanufacturing, in particular for vaccines manufacturing and production of viral vectors such as AAV and lentiviruses for gene and cell therapy applications. It is a single‐use fully automated closed system which minimizes contamination risks. With a maximum surface area of 500 m2, equivalent to approximately 800 10‐layer multi‐trays, it allows the production of large batches of viruses with minimal handling. With predictable scale up capabilities, the iCELLis 500+ bioreactor facilitates the development process. Finally, the bioreactor is compact and easy to integrate into any facility, even new ones with reduced footprint. Overall, it is a versatile piece of equipment available in a range of surfaces (bed sizes from 66 to 500 m2) that can be used for a range of applications.

Many recombinant viruses produced in adherent systems are expressed by transient transfection process using physical or chemical‐based methods. In an industrial setting, however, chemical‐based transfection, more specifically Polyethylenimine (PEI)‐based transfection, is often preferred for protein and virus production. There are several reasons for this wider adoption: the use of PEI for transfection greatly facilitates operations as it is robust, easy to implement, cost‐efficient, and scalable. PEIpro, developed by Polyplus‐transfection, offers a reliable commercial supply of PEI for such large‐scale applications. Polyplustransfection used their extensive expertise in polymer chemistry and formulation to develop a polymer that is well‐characterized in terms of structure, polydispersity index and molecular weight.

In this guide, Pall Biotech and Polyplus‐transfection scientists have teamed up to present clear guidelines to help with the set‐up of large‐scale DNA transfection in the iCELLis 500 and 500+ bioreactors with the transfection reagent, PEIpro®.