Flow Cytometry — A Gateway For Discovering More About Small Vesicles 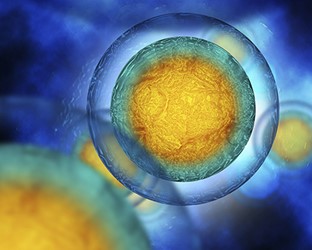 The Nobel Prize Committee certainly recognized the value of small vesicles when it awarded the 2013 Nobel Prize for Medicine to Professors Randy Schekman, James Rothman, and Thomas C. Südof for their respective roles in discovering the regulatory mechanisms of small vesicles in cell-to-cell communication (Balch et al. 1984, Kaiser and Schekman 1990, Perin et al. 1990). These Nobel Prize–winning studies paved the way for further insight into how vesicle transport relates to disease processes. We now know that defective vesicle transport is linked to a number of diseases such as diabetes, as well as neurological and immunological disorders (Gissen and Maher 2007).

Small vesicles are nano-sized membrane sacs released by cells that can transfer biological information to other cells (Edgar 2016). They can be considered a snapshot of the cell’s contents as they often contain cellular proteins, RNA, and mRNA. These extracellular entities come in three primary flavors — exosomes, microvesicles, and apoptotic bodies — and range in size from 30 to 2,000 nm in diameter (Willms et al. 2016). Once considered cellular waste, these vesicles are now appreciated as therapeutic treasure with the potential to revolutionize the treatment, monitoring, and diagnosis of diseases such as cancer.

Yet, despite the fact that extracellular vesicles were first recognized over 50 years ago, several questions still remain with regard to fully understanding their biological significance (Edgar 2016). This may be due partly to their small size compared to cells, which makes studying them a major challenge.